Iran establishes new base to enforce mandatory hijab
May 25, 2022

Ladan Molasaeedi Executed for Murder in Qarchak Prison
May 25, 2022

The rise and fall of a powerful media mogul running Iran’s propaganda machinery
May 24, 2022

Col. Khodaei: The Hunter Who Was Hunted Down

Iranwire – On Sunday, May 22, an IRGC colonel by the name of Hassan Sayyad Khodaei was shot de…

Iranwire – For the last nine days, Tehran residents wanting to get somewhere by bus were prese…

Iran Vows Revenge Over Killing of Guard Member in Tehran
May 24, 2022

Iran Vows Revenge Over Killing of Guard Member in Tehran

Mohammad Sorkhrou and Abbas Kamali Executed in Minab Prison
May 24, 2022

Baluch Mossadegh Malahi Executed for Drug Charges in Minab
May 24, 2022

Abdolbari Rigi and Ms Hayati Executed in Shiraz
May 24, 2022

Al-Monitor – Iran and Oman agreed today to jointly develop an oil field in the Persian Gulf.  …

Iranwire – Over the last 20 years, there have been multiple incidents of serial killings in Ir… 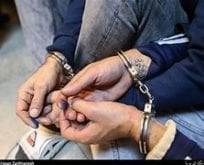 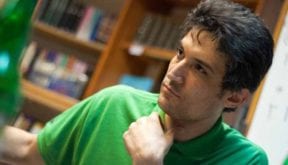 Iran: Murderers of a Baha’i Citizen Released on Bail Despite Confession to Murder

iranhr – Iran Human Rights, June 15, 2016: According to a stetement by the Baha’i International Community (BIC), “the two murderers of Mr. Farhang Amiri, a Baha’i who was stabbed to death in September 2016 in Iran, have been released on bail after having confessed to killing him because of his faith”.

iranhumanrights -The arrests by Iranian security forces of dozens of suspects with alleged links to the terrorist group that calls itself the Islamic State (IS) could result in extrajudicial retaliatory actions against innocent individuals.

iranhumanrights – A Parliamentary committee in Iran has blocked an attempt by security agencies to delay for a year a parliamentary vote on an amendment that could drastically reduce death penalty sentences for drug-related crimes.

RFL/RE – Iranian Foreign Minister Mohammad Javad Zarif says the United States has sent signals that are “not very promising” on a 2015 nuclear accord struck with major powers, but in the end will likely abide by the deal because it is in the country’s best interests. “Unfortunately the behavior from the new administration in Washington is not very promising,” …