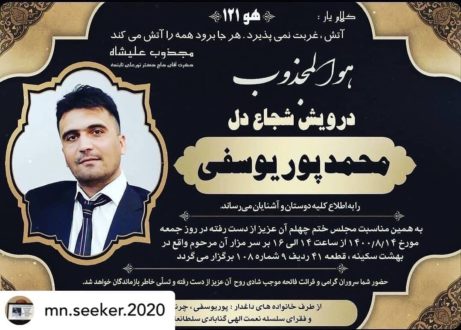 Shabtabnews – In a twitter statement Sam Brownback the former IRF Ambassador stated “Have heard disturbing reports that Mohammad Pouryousefi, the Gonabadi Sufi who helped expose the government’s role in Noor Ali Tabandeh’s 2019 murder, was himself murdered recently. The repression of the Iranian people at the hands of their own government is deplorable. #Iran“