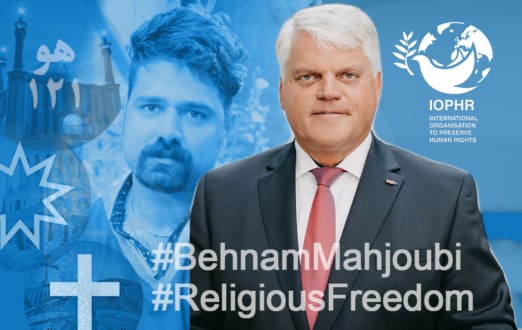 Shabtabnews – In a public statement Markus Grübel (A member of the German Bundestag ) declared : ““I am calling upon the regime in Iran to release all prisoners of conscience such as the Sufis and the Baha’i community, and to end the persecutions based on religion. No one should be discriminated against due to their religion or belief. With respect to the possible negotiations for a new deal on nuclear issues with Iran, the world must not close its eyes in full sight of the plight and misery of the Iranian citizens. A new nuclear deal should be clearly linked to a strict observance of human rights.”

Religious minorities in Iran often become victims of severe hostilities and discriminations. In contrast to Christians, Jews and Zoroastrians, Baha’i are not recognized as a religious group, and followers of Sufi orders are being regarded as “heretics” by the Shiite dominated regime. Both groups are systematically being monitored and suffer from persecutions.