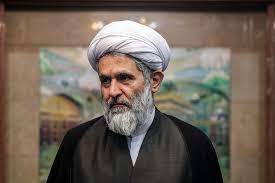 The reign of intelligence services

Some weeks ago Iran arrested some high level officials and senior members of the political and defense establishments on charges of spying for Israel according to the New York Times.
Brig. Gen. Ali Nasiri of the information unit in the IRGC and Hossein Taeb IRGC’s intelligence chief of 12 years, were among the senior officials sacked, which sparked an outrage of distrust among IRGC’s and the Basij’ members. Taeb has been blamed for the unsuccessful terrorist attacks against Israelis in Turkey and for allowing infiltration of foreign intelligence into Iran’s nuclear sites not to mention a series of suspicious assassinations of Iranian nuclear scientists and engineers.

The abrupt removal of Hossein Taeb from his postition, which he held over a decade, engaged media stations all over the world. The vast attention was not amusing the Iranians so IRGC soon announced that Taeb had not been sacked but was rather appointed a new position as a respected advisor to the new IRGC chief Major General Hossein Salami. Nevertheless, concerns regarding foreign (read Israeli) infiltration into Iran’s security apparatus are valid amid their inability to block Israeli operations on Iranian soil. Taeb received continuous criticism during his service but he had a way of turning all attention towards domestic security issues. Arrests of activists, reformists and alleged spies within the country peaked during these times. And most importantly, Taeb was able to put all his fundamentalist ideas and plans into action, the most notorious of them being the elimination of a certain religious community in the country, the Gonabadi Sufis, which Taeb and his predecessors regarded as the most dangerous group in the country with their ability of attracting loyal followers towards values of unity, justice and peace. In addition, Taeb and his staff understood the grave consequences of an increasing number of basiji guards converting to this peaceful Sufi order. Consequently, the world witnessed as Sufis were being systematically persecuted and their entire organization dismantled and is now in total control of the regime. In fact, journalist Ruhollah Zam, who was captured and later executed following forced confessions and an grossly unfair trial, had been reporting on this matter to the detriment of the regime. Bloody attacks on peaceful Sufi protesters by security forces were witnessed by international media, much like the brutal crackdown on the protesters of the 2009 post presidential election, also organized by Taeb. But the persecution of the Gonabadi Sufi order stands out from other religious minorities in that the Sufi order had a leader who cultivated a strong influence among his followers of fighting for human rights and standing against injustice. Taeb created an organized wave of propaganda with the help of state-run media (managed by Nader Talebzadeh) and via clerics giving live hate speeches and inciting the public to violence against the Sufis all over the country. In this manner, Taeb, who was notoriously known for his loyalty to Khamenei and his family, had a perfect opportunity to allow the infiltration of foreign intelligence as he was busy wiping out the most dangerous enemy from within the country.

But instead of focusing on characters like Taeb it is clear that in the larger picture intelligence forces (Israeli/Iranian) have gained increasingly more power within the political system of their respective country and they have the ability to execute operations that far extends the political agenda of their country and naturally through years of parallel activities both intelligence organizations have found common interests in various areas. In the short term it may seem like a advantageous deal to persecute a religious minority in exchange for nuclear information, but in the long run that arrangement brought severely damaging consequences. It is therefore appropriate to review what the purpose of such actions really was? Was it to prove to the Biden administration that a reviving of the 2015 nuclear deal is a bad idea? It is of course understandable that a country that is neighboring another hostile country with intentions of creating a nuclear bomb would do anything in its power to prevent such plans. But still the question remains, what means are acceptable to reach such goals? Dealings with corrupt and extremist individuals within the regime is a dangerous business and will hardly bring a sustainable solution to the table. By wiping out the single force that was able to stand up against the atrocities committed by the regime the situation has only changed for the worse. The world has seen few individuals in the likes of Gandhi, Dalai Lama and Dr Noor Ali Tabandeh and so once they appear, naturally, extremist corrupt regimes will do everything in their power to eliminate them, as they are well aware that they are their biggest and most dangerous threat to existence.

In the aftermath of Taeb plans, Iran is now stepping up its persecution of innocent people accused of spying for Israel and escalating the violence through its proxy forces abroad. The Iranian regime must now respond fiercely to regain their strength and respect among their own guardsmen who feel betrayed by a leadership that is easily corrupted and infiltrated.

In a democracy military, police and intelligence is controlled to ensure that they operate under the rule of law, which in all honesty is not perfect by all means. But it should be obvious that this concept of controlling intelligence does not exist at all in authoritarian regimes which are heavily reliant on their intelligence services. As a result the intelligence apparatus in authoritarian regimes have a taken on a completely autonomous role, and their intentions and agendas are far different from those serving democratically elected leaders. These are issues which should be thoroughly examined by democratic governments taking part of secret documents presented to them by such organizations.