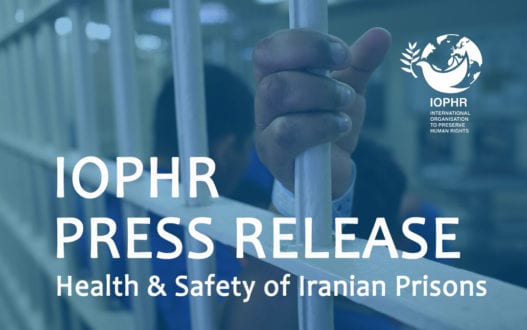 Shabtabnews – Following the murder of a prisoner of conscience, Mr. Behnam Mahjoubi, at the Evin Prison Medical Centre through poisoning, the IOPHR in a statement expressed its deep concern in regards to the safety and health of political and non-political Sufi prisoners in Iran. As well as calling “on all governments, especially democratic governments, committed to human rights values, to consider the health and safety of political prisoners, especially the Gonabadi Sufis, in all their interactions with the regime. “

IOPHR demanded that “Iran’ ruling government must be held accountable by suspending all economic and political relations and making the continuation of these interactions with the Iranian regime conditional on the commitment of the officials of the Islamic Republic to the observance of the provisions of international conventions, as well as domestic regulations in regards to the security of prisoners, especially prisoners of conscience.”