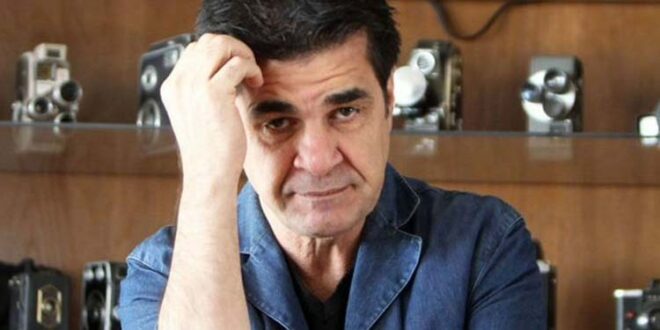 Al-Monitor – The 79th edition of the Venice Film festival wrapped Sept. 10 with yet another prize for internationally acclaimed Iranian filmmaker Jafar Panahi, whose latest movie was a contender for the Golden Lion. It ended up with the Special Jury Prize, the third most prestigious after the Golden Lion and the Grand Jury. Panahi could not make it to the venue in person, as he was in prison in the Iranian capital Tehran.

“No Bears” is the last in the string of Panahi’s award-winning films, all shot in secret in Iran over the past decade. Like some of his previous films, “No Bears” is a mixture of documentary and drama, a film within a film about a director trying to make a movie in Turkey. He leads his team remotely from a border village in Iran, because he is banned from leaving the country.

The movie found an overwhelmingly positive response from the critics, with some praising it as Panahi’s best movie after “Taxi” (2015), which won the top prize from the 65th Berlin International Film Festival. The clues and similarities interwoven in the story of “No Bears” have led many viewers to conclude the film is primarily an allegorical autobiography.

A chair with his name was left empty during the press conference in Venice to protest his imprisonment. The festival’s artistic director Alberto Barbera, jury president Julianne Moore and other members took part in a flash mob to speak in his defense.

“We are here to be with Jafar Panahi, who is in prison,” said jury member Lise Clavier. “We are here to say that directors are free to do their work,” she continued, criticizing the Iranian regime for restricting freedom of speech.

In reaction, the Cinema Organization of Iran, which works under the supervision of the Ministry of Culture and Islamic Guidance, condemned the event on the sidelines of the festival and the prize as politically motivated and claimed the movie had been made illegally, with no production permit. Some state-run Iranian media outlets panned “No Bears” and claimed it was honored due to the name of its director and not its cinematic excellence.

Panahi’s career can be divided into two chapters: before and after his criminal convictions. The first starts with his debut, “The White Balloon” (1995), which premiered in Cannes and won the Caméra d’Or. He made five films in this period, dealing with social and political issues more directly as he neared the end of this chapter in 2009.

In 2010, he was handed six years in prison and a 20-year ban on making or directing any movies, writing screenplays, giving interviews or leaving Iran. He was accused of “assembly to commit crimes against the country’s national security” and “anti-government propaganda” in the wake of the disputed 2009 presidential election in Iran, which sparked deadly protests across the country.

Amnesty International launched a campaign in support of Panahi after he went on hunger strike in prison, where he served almost three months in 2010. An alliance of international and Iranian filmmakers called on Iran to release him immediately and respect freedom of speech.

Nonetheless, a court upheld Panahi’s conviction in 2011, though he was released on bail shortly after and placed under house arrest. Later, under pressure from the international community, Panahi was conditionally allowed to leave the house but not Iran. Thus began his second chapter of clandestine filmmaking.

After the collapse of a building left dozens dead in Iran’s southern city of Abadan in May 2022, Panahi’s fellow filmmakers Mohammad Rasoulof and Mostafa Allahmad were detained for signing a petition in support of anti-government demonstrations. When he approached the prosecutor to discuss their case, Panahi was sent back to prison in July 2022 to serve the remainder of his six-year sentence.

“Nothing can prevent me from making films,” Panahi is famously quoted as saying. The acclaimed “This Is Not a Film” (2011), “Closed Curtains” (2013) and “Three Faces” (2018) were all shot in secret in this period. Though he may currently be unable to direct anything from behind bars, Panahi has proven he can make his voice heard all around the word even as a political prisoner, writes film critic Ben Croll, in praise of the director’s relentless defiance of restrictions.