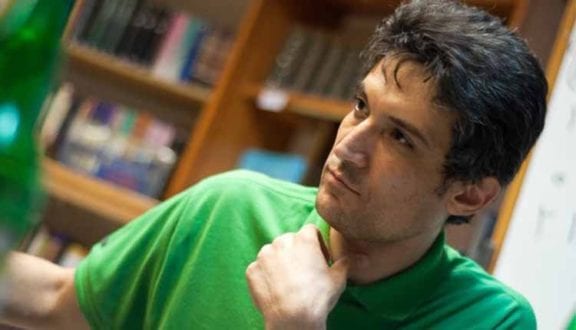 May 23, 2022 Health and Hygiene, Human rights, Social and Political

RFL/RE – Iranian activist Farhad Meysami has been taken to the hospital following a two-week hunger strike protesting the threatened execution of Swedish-Iranian doctor Ahmedreza Djalali, according to Meysami’s lawyer.

Lawyer Mohammad Moghimi wrote on Twitter on May 21 that Meysami’s condition was worsening and that his life was in danger.SEE ALSO:Amnesty Says Swedish-Iranian ‘Hostage’ At Risk Of Retaliatory Execution By Tehran

Meysami, a medical doctor, has been on a hunger strike to protest the possible execution of Djalali, who was arrested in 2016 during an academic visit to Tehran.

Djalali specializes in disaster relief and has taught at European universities. Rights groups and the Swedish government have condemned his detention.

He was accused of providing information to Israel to help it assassinate several senior nuclear scientists.

Amnesty International and other groups say the threat to execute Djalali is tied to the current trial in Stockholm of Hamid Nouri, a former prison official who is accused of having a role in the mass execution and torture of political prisoners at an Iranian prison in the 1980s.

Djalali was scheduled to be executed on May 21, but his wife said it did not take place. There was no comment from Iranian authorities.

Iran has said the decision to execute Djalali was “final,” but it also said in recent days the judiciary was studying a request by his lawyers to delay the action.

Meysami was detained in July 2018 for supporting women protesting against the hijab law that forces them to cover their hair and body in public.

He reportedly went on a hunger strike in August 2018 to protest the charges he faced and also the lack of access to a lawyer of his choosing. He reportedly was being held at the time in a medical clinic at Evin prison, where he was force-fed intravenously.

He ended that hunger strike after 145 days.

With reporting by RFE/RL’s Radio Farda