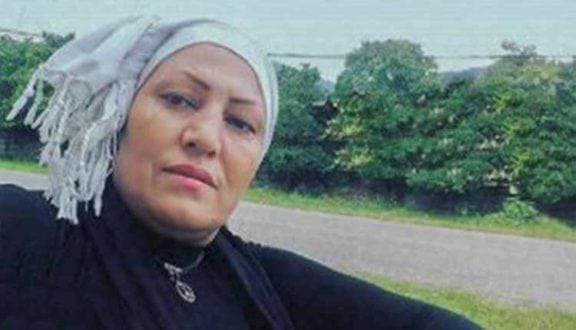 Iran HRM – Mahintaj Ahmadpour, began serving a 10-year prison sentence for taking part in December 2017/January 2018 protests in Nashtaroud Prison, Tonekabon, northern Iran.
The woman was arrested during the protests and had been transferred to prison after being sentenced in court.
Mahintaj Ahmadpour was sentenced to 6 months’ imprisonment by Branch 101 of the 2nd Criminal Court of Tonekabon on August 11, 2018, on charges of “disrupting public order by participating in illegal gatherings” on May 2, 2018, and 4 months’ imprisonment by Tonekabon Revolutionary Court on charges of “propaganda against the regime.”
She was sentenced to a total of 10 months’ imprisonment and was arrested on Tuesday, August 14, 2018, and transferred to Nashtarud Tonekabon prison for imprisonment.
The 46 year old, from Tonekabon, is one of the women arrested during the recent protests. She had previously been working as a street vendor and was arrested along with 14 others.
Last week, eight other detainees were sentenced by the Tonekabon Revolutionary Court, with a group ruling, totaling 28 and a half months in prison.
Earlier, six of them were sentenced to 24 months in prison in another part of their case by Branch 101 of the 2nd Criminal Court of Tonekabon, chaired by Judge Ebrahimi.
One of the detained women, Fatima Dinar Sarai, 25, is unemployed and is a resident of Tonekabon. She was arrested on January 1, 2018, and temporarily released on bail bond until her court trial.
Rassoul Sanaii Rad, political deputy for the IRGC, confessed to the role of women in national protests, saying, “For the first time, 28 percent of the arrests in the protests were women.”
Referring to the arrests of women in the protests last winter, he noted, “Previously, the number of women arrested in the protests was 5 to 7 percent.” (The state-run Mehr News Agency – August 15, 2018)
During the nationwide uprisings in Iran last December and January, a total of 50 people were killed and at least 8,000 people were arrested.
Iran human rightsIran protestsMahintaj Ahmadpour
0
Share Faceboo