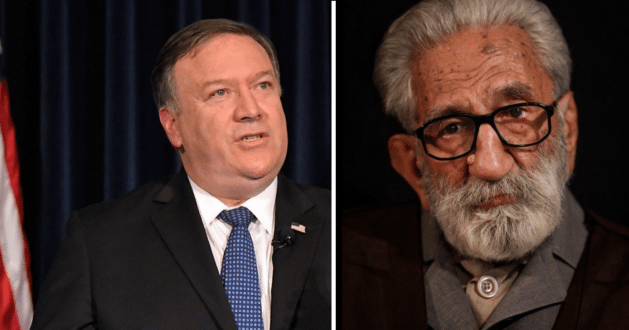 The desire of the Iranian regime to uphold the Islamic Revolution has especially resulted in the vast suppression of the freedom of religion in Iran, often to barbaric ends.

Last month, a simple man, a bus driver, father of two children and a member of the Iranian Gonabadi Sufi dervishes community was convicted and sentenced to death. The sentence came on questionable grounds and following violent clashes between security forces and the dervishes. He was reportedly denied access to a lawyer before and during his grossly unfair trial. This man, Mr Salas and his supporters maintains his innocence throughout reportedly being stated to be tortured to confession. Sadly, on June 18th the regime hanged Mr Salas in prison.

His death was part of a larger crackdown. It began in February when at least 300 sufi’s demanding the release of their fellow faith members were unjustly arrested. Right now hundreds of Sufi Muslims in Iran remain in prison on account of their religious beliefs. With reports of several having died at the hands of the regimes’ brutal security forces.

Among those in prison is the 91 years old leader, Dr Noorali Tabandeh, who has been under house arrest for at least the greatest part of 4 months. He is in need of immediate medical care.

The religious intolerance of the Iranian regime does not only extend to Sufi Muslims. The same goes for Christians, Jews, Sunnis, and Bahai’s and Zoroastrians. And members of any other groups have said to live in fear in Iran that their next prayer may be indeed their last.

US @SecPompeo reminds the world that #Iranianregime keeps suppressing Sufi #Muslims & other #religious_minorities. Since February 300 Sufi’s imprisoned of which many killed: #MohammadSalas on 18th June & Gonabadi leader #Nooralitabandeh in house arrest over 4 months.#freetabandeh pic.twitter.com/SSO1xxmIQi