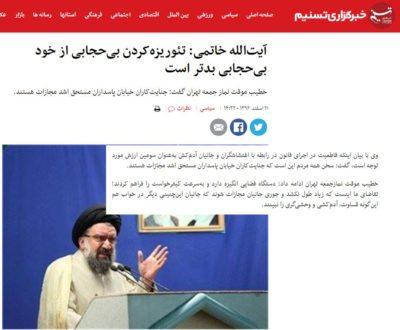 Mr Ahmad Khatami, the leader of Friday prayers in Tehran, said during his Friday speech on 2nd of March 2018, “We need to punish the perpetrators of the Golestan street as soon as possible with the maximum penalty so that others learn a lesson and not even dream of repeating such an act.” 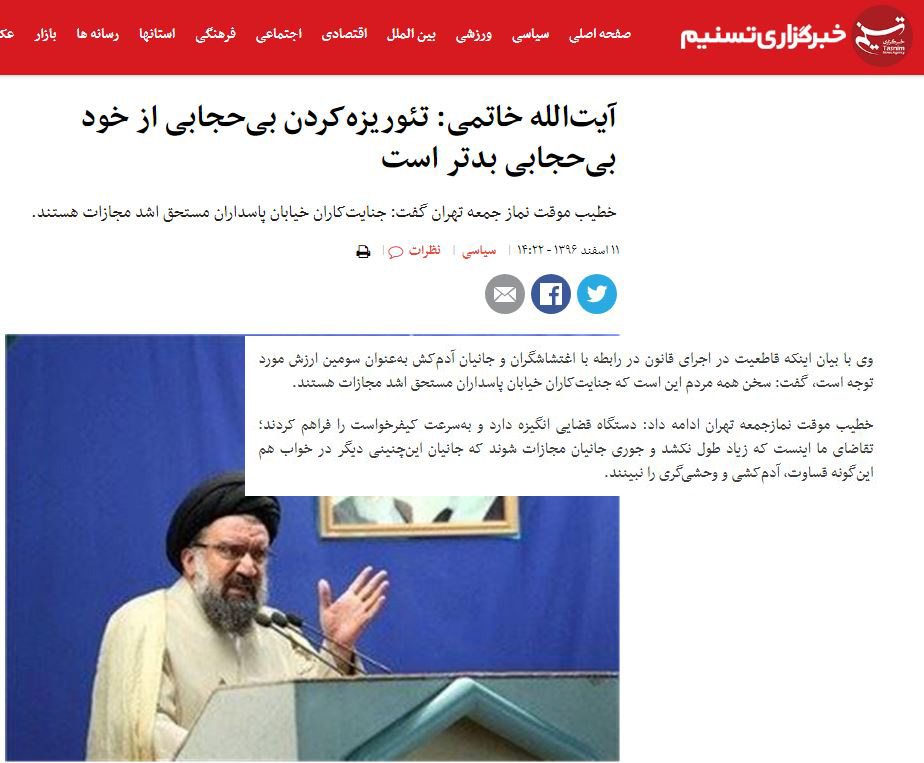 The Chief of Police in Tehran Mr Rahimi continues to step beyond the borders of his role as a policeman and fabricates lies without any evidence and clearly handing out sentences of judgment. In an interview with the news agency of Tasnim on 3rd of March 2018, Mr Rahimi continued to paint a violent picture of the Dervishes an in the end boasted of the police work of Iran is one of the best in the world and that they were able to bring stability to the recent disturbances in Golestan street. 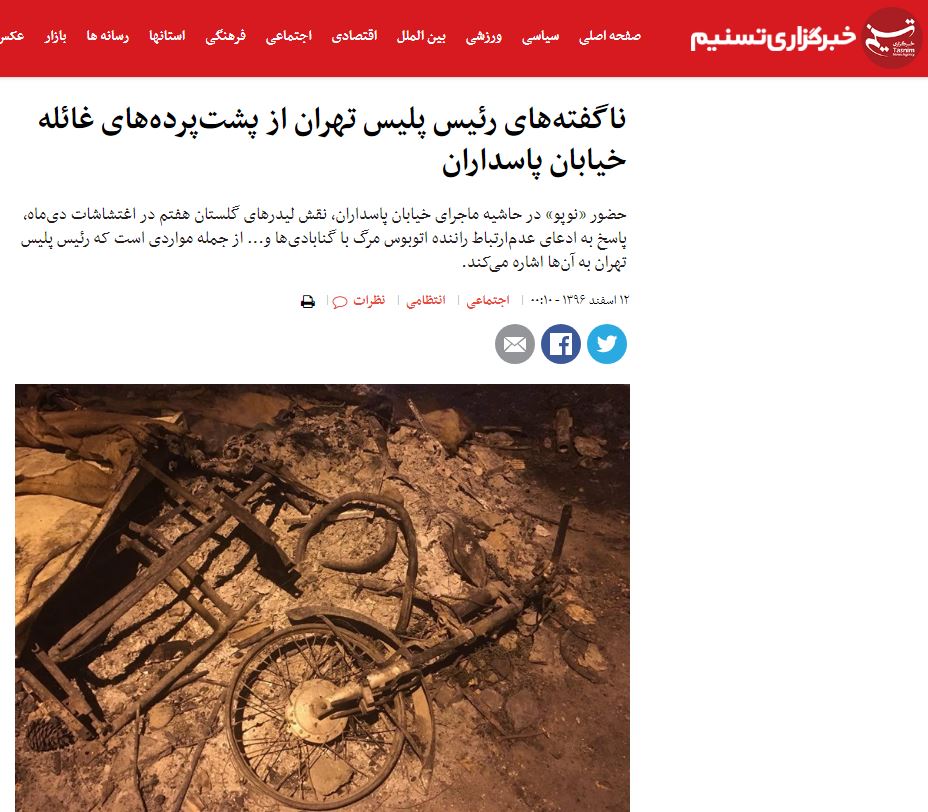 Further preparation for massive repressions of Dervishes of the Nematollahi Gonabadi Sufi order, this time by Tehran’s Public and Revolution Courts Prosecutor Abbas Jafari Dolatabad. The headline of the article on Fars news published on 2nd of March 2018 reads, “The owner of the bus is identified/further investigation on the driver/The perpetrators will soon get what they deserve.” 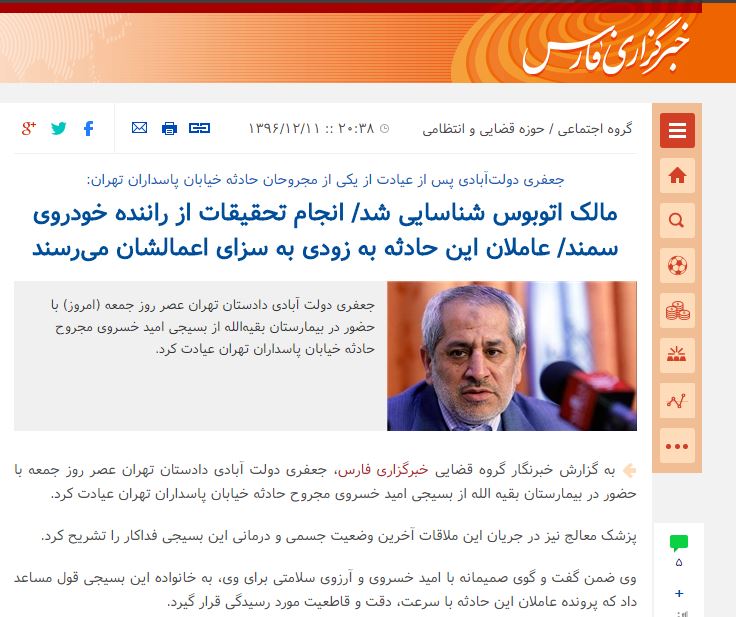 The Revolutionary Guards continue to aggressively hand out verbal attachs along with threats on their media in order to repress and eradicate the Gonabadi Sufi order from Iran by targeting its headmaster Mr Tabandeh. The headline reads, “To cross the line of Islam”. 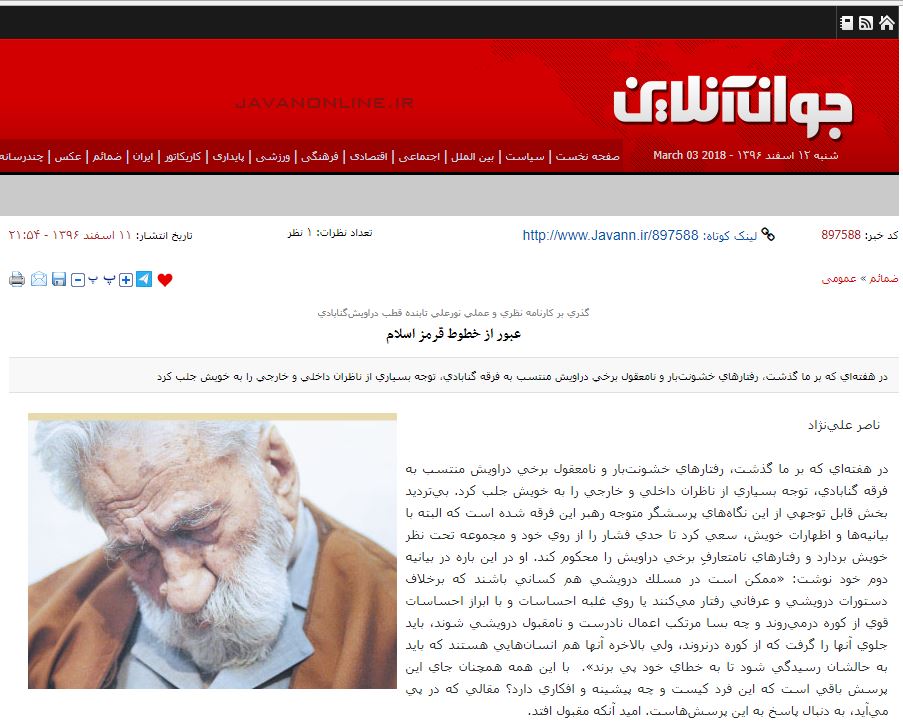