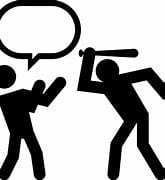 Journalist Masoud Kazemi said in a tweet on September 25 that Hossein Ronaghi said prison officers broke his leg during the beating, while Ronaghi’s mother said her son told her he had been injured by guards.

Security agents stormed Ronaghi’s house and arrested him on September 22 as he was giving an interview to the London-based Iran International TV.

Hours later, Ronaghi announced in a video message that he had managed to escape the security agents, but that he would turn himself in to the prosecutor’s office of Evin prison in Tehran on September 24.

“If I am arrested after going to the prosecutor’s office, I will go on a hunger strike from that moment,” Ronaghi said in his video message.

On September 24, Ronaghi went to the Evin prison prosecutor’s office and was violently apprehended.

The arrest comes amid anti-government protests over the death of 22-year-old Mahsa Amini after she was taken into custody by morality police for the alleged improper wearing of a head scarf, or hijab.

Many high profile activists, rights advocates, and intellectuals have also been arrested in recent days, including Majid Tavakoli and Mohammad Reza Jalaeipour.

At least 20 journalists are among those arrested, according to the Committee to Protect Journalists (CPJ). They include photojournalist Yalda Moayeri, Fatemeh Rajabi, and Niloufar Hamedi, who reported from a Tehran hospital where Amini died on September 16.