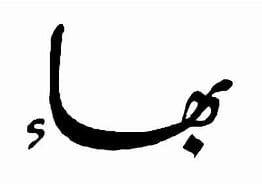 “We Consider Ourselves Baha’is”: Politicians, NGOs and Stars Stand With Embattled Baha’is of Iran

Iranwire – Another 70 Iranian human rights activists have added their names to global condemnation of the ongoing state-backed wave of attacks on Iran’s Baha’i community. The country’s largest non-Muslim religious minority has come under increased pressure in recent weeks, with scores arbitrarily arrested, subjected to raids, or even made homeless overnight.

“These crimes are part of a chain of autocratic attempts to eliminate religious minorities and people of diverse beliefs,” they wrote. “The ruling ideology of Iran is an authoritarian religious apartheid system that has deprived millions of their rights as citizens due to their religious beliefs.”

“We, the signatories, loudly declare that not only do we deplore and condemn the pressure on Baha’i citizens and other religious minorities, but when their human rights are at stake, we also consider ourselves Baha’is.”

On Wednesday the Baha’i International Community said at least 125 incidents of persecution – including imprisonments,  arrests, raids on businesses and homes, denials of entry to university, and the destruction of homes or confiscation of land – targeting Baha’is have been recorded in the last 11 days.

Baha’is have been systematically persecuted since the 1979 Islamic Revolution, when more than 200 were executed. They are also denied access to public sector jobs and university, and regularly jailed and harassed in large numbers, all while being defamed in the media.

The latest crackdown by Tehran has prompted only support for the Baha’i community. The US State Department’s Democracy, Human Rights and Labor division has called on the Iranian government to “respect the rights of all to freedom of religion or belief”.

We have seen a recent uptick in Iran’s harassment of the Baha’i community as authorities attack Baha’i villages, demolish homes and arrest those who resist.

We call upon Iran to respect the rights of all to Freedom of Religion or Belief. https://t.co/aZF5NQCVWf— State Department: Democracy, Human Rights, & Labor (@StateDRL) August 5, 2022

The intervention followed a statement from the US Commission on International Religious Freedom (USCIRF) which said it “condemned the Iranian government’s increased crackdown on religious minorities in the country… We urge the US government to forcefully, publicly call out Iranian authorities for persecuting Iran’s Baha’i community.”

The Commissioner also called for an end to violations of women’s civic freedoms in Iran. The assault on Baha’is comes at the same time as a spate of attacks by security forces on women not observing mandatory hijab, “a practice that is a matter of individual choice under international law”.

US Congressman Ted Deutch, a member of the House Foreign Relations Committee, has put a bill before Congress on the persecution of Iranian Baha’is. Writing on Twitter this week, he called on President Jo Biden and Secretary of State Anthony Blinken to “impose sanctions on Iranians directly responsible for serious human rights abuses, including abuses committed against Baha’is”.

I urge the House to swiftly pass my resolution, H.Res 744, which condemns Iran’s persecution of Baha’is and urges the President & Secretary of State to impose sanctions on Iranians directly responsible for serious human rights abuses, including abuses committed against Baha’is.— Rep. Ted Deutch (@RepTedDeutch) August 3, 2022

Lord Ahmad of Wimbledon, a British government minister for foreign and human rights affairs and the UK Prime Minister’s Special Envoy on Freedom of Religion or Belief, has said the UK “strongly condemn[s] the increasing detention of members of the Baha’i community in Iran, as well as reports of forced closures of their businesses and land seizures… the persecution of religious minorities cannot be tolerated”.

The Austrian, English, French and Norwegian chapters of PEN, the literary freedom of expression group, voiced their support last week after it emerged that Mahvash Sabet, winner of the 2017 International Writer of Courage award by English PEN, had been among those arrested.

The Anti-Defamation League and Canada’s Raoul Wallenberg Centre for Human Rights have also  reiterated support for Iranian Baha’is. The Raoul Wallenberg Centre said the “systematic targeting” of Baha’is provided “a looking glass into the Iranian regime’s longstanding pattern of hate and persecution” and was “accompanied by an ongoing culture of impunity, wherein no one has ever been arrested or prosecuted for such crimes”.

The statement went on: “We urge all communities and countries of conscience to call for an end to the illegal acts of hate and harm being perpetrated against the Baha’is by Iran. The regime must end its persecution and prosecution of Baha’i practitioners, and its campaign of demonization and dehumanization targeting the Baha’i community. We stand in solidarity with the Baha’is of Iran, and all those falling victims to violations of fundamental human rights in the Islamic Republic of Iran.”

Human Rights Watch, a global advocacy and monitoring group, also said the Iranian government had “dramatically increased” the persecution of Baha’is and authorities in the country “should immediately end their campaign of harassment and targeting of Baha’is, and release all those who have been detained for their faith”.