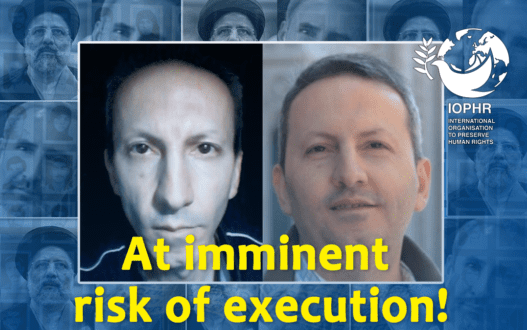 Shabtabnews – The International Organisation to Preserve Human Rights (IOPHR) in a statement called ” on all EU Member States, in accordance with the principle of solidarity enshrined in Article 222 of the Treaty on the Functioning of the European Union and on the principle of joint diplomatic action, to support the Swedish Government’s principled position in this regard. By sending a unified “single voice” and clear message to the ruling regime of Iran that the era of hostage-taking with the aim of extortion is over. So that the ruling regime of Iran is finally forced to choose one of two options: adhering to international obligations or being rejected by the international community.”

The statement also declared ” For a long time, the ruling regime of Iran, through violating all human dignity and human rights values, has created the foundation of a new type of inhuman civilization. In which, many instruments of international interaction like diplomatic relations, trade, and travel, which are often used to promote international peace and improve living standards, together with diplomatic immunity have all been abused by the Iranian regime to serve its inhumane and criminal purposes.

The arrest and detention of this senior researcher in the field of “crisis management” took place after he travelled to Iran in April 2016 at the official invitation of Tehran and Shiraz universities to participate in a crisis management workshop. However, following Dr. Ahmadreza Djalali rejecting the Iranian security officials’ request to cooperate in disclosing confidential information related to crisis management centres in Europe, Dr. Djalali was subsequently arrested and transferred to Evin prison.”