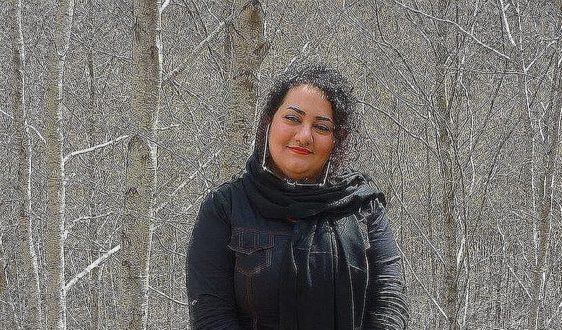 Mounting Charges and Phone Bans: What Atena and Family Endured

Iranwire – Civil rights activist Atena Daemi was released from Lakan Prison in Rasht on the evening of Monday, January 24, 2022.

Daemi’s campaigning has focused largely on children’s rights, and particularly the rights of child laborers, but she also has a wide knowledge about and experience of working on other issues, including the rights of Baha’is, education, and justice for the mass executions that shook Iranian society in the 1980s.

She was jailed in 2016 on charges of “propaganda against the regime” and “insulting the leader of the Islamic Republic,” and has endured dire conditions while serving her sentence, which has mostly been in Evin Prison. She was transferred to Lakan Prison in Rasht on March 16, 2021.

Over the years, the Daemi family has regularly reported on Atena’s situation in prison, and throughout this time they have come under pressure from the security forces, to the point that at one point the judiciary sentenced her two sisters to prison.

A video of Atena Daemi’s release and her mother’s surprise and delight has been shared on social media — and there has been widespread comments about her excited exclamations of “I didn’t know! Is she really free?” Atena’s sisters spread flowers across the corridor and around their sister, and her parents are seen laughing and smiling and hugging Atena.

“Until 3pm yesterday, even Atena herself did not know she was going to be released,” a close friend of Atena Daemi told IranWire. “The prison guards told her she was free and said, ‘pack up now and leave.’ She actually thought something was wrong. But when she was sure she was actual being released, she informed her sisters. Atena’s mother, however, did not know until the last moment that she had been released and was coming home. She was told that a guest had arrived. She thought it was other family members or friends.”

The friend says that Daemi’s release is neither conditional or temporary, but it was definitely strange. “Atena was due to be released in August 2022, so this is early. But officers did not allow her to take a shower before leaving prison. It was as if she was dismissed from prison.”

Ensieh Daemi posted a video of her sister on Twitter just after her release, and added: “All these years we dreamed about the day of Atena’s release. We imagined going and picking her up. We even thought of the music we were going to play in the car on our way home. But she was released and then traveled alone for five bitter hours to reach home.”

As terror group ISIS began to extend its reach and following attacks on Kurdish areas and the Siege of Kobani, a Kurdish city in Syria in September 2014, a rally took place on October 21, 2014 outside the United Nations building in Tehran. Atena Daimi and several of her friends were among those who attended the peaceful gathering. Daemi, who had campaigned on children’s rights and publicly opposed the death penalty, was arrested for her participation in the rally.

In May 2015, Branch 28 of the Tehran Revolutionary Court, presided over by Judge Mohammad Moghiseh, sentenced Daemi to 14 years in prison on a range of charges including “conspiracy against national security,” “propaganda against the regime,” and “insulting the Leader.”

The sentence was later reduced to seven years by the Court of Appeals, of which five years is enforceable according to Article 134 of the Islamic Penal Code.

Daemi was released on bail from February 2016 until the end of the trial, but was summoned to start serving her sentence in December 2016. She spent five years behind bars.

In 2018, media reports announced that a new case had been brought against Atena Daemi and Golrokh Eraei, another civil society activist who had been a fellow inmate at Evin Prison. A verdict was delivered by Branch 26 of the Revolutionary Court of Tehran: they were sentenced to three years and seven months in prison. In addition, both activists were sentenced to a further two years’ imprisonment for membership to political groups and parties.

Prison officials claimed the two had sung an anthem in the meeting hall that had “insulted the founder of the Islamic Republic” and “disrupted  the order of the prison.” In addition, they were punished for the publication of “joint letters and statements from inside prison” and “protests against the execution of three Kurdish political prisoners” (Zanyar Moradi, Loghman Moradi and Ramin Hosseinpanahi).

In July 2020, Atena Daemi’s lawyer announced that, following the lodging of yet another case, two further years of imprisonment and 72 lashes had been added to her client’s list of sentences.

At that time, Atena’s father Hossein Daemi told IranWire that the Ministry of Intelligence and the Islamic Revolutionary Guards Corps (IRGC) were plaintiffs in the case, and that they had accused her of “chanting slogans against the Islamic Republic in prison on the night of February 11, 2020.”

Back in December 2016, agents had arrived at Atena Daemi’s home to force her to start serving her sentence, behaving violently toward Daemi and her sisters. After they complained, Atena, Ensieh and Hanieh Daemi were each sentenced to three months and a day in prison on charges of  “preventing the carrying out of a sentence and insulting regime agents.” The sentence was issued by Branch 1162 of the Quds Judicial Complex in Tehran.

So when she started her hunger strike, Atena declared that she had no problem with her own sentence, but she pledged to continue her hunger strike until her sisters’ charges were withdrawn. Finally, after 54 days, her long hunger strike was came to an end with the acquittal of Ensieh and Hanieh.

In 2017, Daemi required gallbladder surgery. The judiciary stated that she could be sent to a hospital for treatment, provided she was handcuffed, but Daemi refused.

Finally, in October 2017, Daemi was sent to a Tehran hospital for the surgery after a long delay. She was not forced to wear handcuffs or shackles. After the operation, she was once again taken back to prison.

On Tuesday, March 16, 2020, Atena Daemi was deported from Evin Prison to Lakan Prison in Rasht at a time when she was supposed to be released from prison after completing her five-year sentence.

Her father wrote on Twitter: “Instead of being released, she is now serving sentences in Lakan prison in Rasht, about 400 kilometers from her residence in Tehran. The sentence was issued during her first imprisonment: three years and one month in prison and 74 lashes.”

During Daemi’s exile from Tehran in Lakan Prison, she and other prisoners were routinely refused  telephone rights and so not able to speak with their families. Her family had to travel from Tehran to Rasht for visits, prompting her to begin another hunger strike.

That hunger strike lasted from 11 to 16 August, until authorities promised she would be able to make telephone calls. But the problems continued, and she released an audio clip about what she was experiencing.

Daemi’s father says the the audio file improved the situation for more than 200 prisoners, who were able to contact their families via telephone once again.

A day after this, Daemi’s phone card was taken from her and she was told that she no longer had the right to call outside the prison “because she did not have the right to send the audio file out of prison.”

In November 2021, Mary Lawlor, the UN Special Rapporteur on Human Rights, announced that she had been informed that the civil society activist had not been allowed to call her family for more than two months and called on the authorities of the Islamic Republic to uphold this right as soon as possible.

A week later, the Islamic Republic’s human rights headquarters responded to Lawlor on Twitter: “Special representatives must use reliable sources. The UN High Commissioner for Human Rights has got this information from news outlets. But she [Daemi] has met with her lawyer and family 34 times in the past seven months. She will face no problems calling her family if she follows the rules.”

Daemi’s father said that if his daughter had not been deprived of her right to make phone calls, they would not have had to “travel 800 kilometers to Gilan province and return every week to visit her.”

The last seven years have been difficult for Atena Daemi and her family. While behind bars, she had worked hard to stay strong and healthy. But harsh prison conditions and the continued deprivation of Daemi’s human rights resulted in frequent illnesses, additional punishments, and unjust deportation into exile, prompting several hunger strikes.