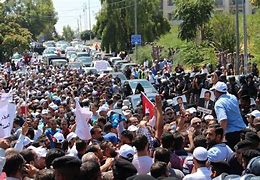 Shooting of Civilians in Khuzestan Raised at the UN

Iranwire – The Islamic Republic of Iran’s use of deadly force against its citizens at protest rallies this summer has been raised with the United Nations for the first time. Officials in the Islamic Republic have called the accusation “tawdry” while criticizing the wider content of the UN Special Rapporteur for Human Rights in Iran’s latest report.

Last week, UN Special Rapporteur Javaid Rehman told the UN General Assembly’s human rights committee: “The use of lethal force against peaceful protesters continues to be characteristic of the authorities’ approach to the exercise of the right to peaceful assembly.” He noted the indiscriminate shooting of protesters during demonstrations over the water crisis in Khuzestan in July, during which at least 12 people were killed.

Rehman said the overall human rights situation in Iran “remains grim”. In addition to state-sponsored violence in the public sphere, he said, the widespread use of torture against detainees in many cases amounted to “arbitrary deprivation of life.”

In response to Rehman’s concerns, Islamic Republic insiders variously described the appointment of the UN Special Rapporteur as “a politically motivated plan by the West, especially Canada” and Rehman himself as being “asleep”. Saeed Khatibzadeh, a spokesman for the Foreign Ministry, even claimed Rehman had “used sources given to him by terrorists”, adding: “The tawdry claim of the use of deadly weapons by the Islamic Republic is worthless. This report has been prepared for political purposes and is denied.”

Apart from the situation in Iran, the UN’s human rights committee heard updates on the state of affairs in Syria, the Palestinian territories, Somalia, Haiti and Belarus. These will later be presented to the UN General Assembly, and member states will then vote on any motions to condemn the subject countries.

The use of deadly weapons by security forces and police to suppress peaceful civilian gatherings is outlawed by international conventions to which Iran is a signatory. According to the International Covenant on Civil and Political Rights, Iranian citizens enjoy the right of peaceful assembly and no restrictions may be placed on this other than those “necessary in a democratic society”. By no stretch could the shooting, mass detention and torture of peaceful protesters by security forces, the police, the Ministry of Intelligence, the IRGC and the Basij in Iran be considered necessary. The covenant also states every human being has the “inherent right to life” and no-one should be arbitrarily deprived of this right, as has happened during recent protests in Iran.

Iranian domestic law also only permits the armed forces to take up arms or resort to violence if they or another citizen is under mortal threat, or if citizens are under the threat of being seriously injured, the prevention of which requires a degree of force. But even in such a situation, efforts should be made to minimize the potential harm: for instance, by using plastic or rubber bullets, and not aiming firearms at the head or critical parts of the body.

In Khuzestan this summer, the opposite happened. Live ammunition was fired directly at protesters while Iran’s own officials, including the Minister of Interior, explicitly confirmed that protesters had been shot in the head. Saeed Khatibzadeh calling Javaid Rehman’s report “tawdry” was thus not acceptable: a denial issued after a confession.