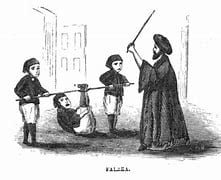 Iranwire -A well-known lawyer inside Iran, Saeed Dehghan, has published new details of the arrest and transfer of his colleague Payam Derafshan to a secret detention center on the evening of Sunday, October 17.

Derafshan, a lawyer and human rights activist, was first arrested on June 7, 2020 when some 17 security officers raided his offices in Tehran. IRGC intelligence agents turned the premises upside down and also confiscated his clients’ personal files.

Dehghan wrote that Derafshan had since been tortured, subjected to electric shocks, injected with an unknown substance that had given his tremors, and had part of his tongue cut off. According to his fellow lawyer, he was mainly held in a constantly-lit, poorly-ventilated cell on Ward 2A of Evin Prison, but had also been sent to Aminabad Psychiatric Hospital: a form of punishment for prisoners of conscience.

“Payam Derafshan was not just an ordinary human rights activist,” Dehghan wrote. “He was the secretary of the Bar Association’s Commission for the Protection of Lawyers, whose job is to support lawyers who face judicial and security problems.”

Dehghan added that one of the reasons for Derafshan’s arrest and interrogation had been his stated willingness to represent two well-known political prisoners, Kavous Seyed Emami and Nasrin Sotoudeh. He was reportedly interrogated for hours on end about his former clients, while formally accused of “spreading lies” in connection with an interview he gave to BBC Persian about poor conditions in Shahr-e Rey Women’s Prison.

Last year, Derafshan was sentenced in absentia by Revolutionary Court judge Iman Afshari to two years and six months in prison, and a two-year ban on practising law, for so-called “propaganda against the regime”, “spreading lies” and carrying pepper spray and a taser without authorization. His sentence was upheld by an appeals court.

With one third of his sentence now served, Derafshan has been allowed conditional parole for medical treatment.