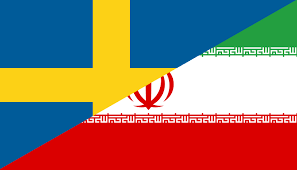 Iranwire – Former Iranian prison official Hamid Nouri is to stand trial on the charges of grave war crimes and murder in a Swedish court next month.

Swedish public prosecutors Kristina Lindhoff Carleson and Martina Winslow have brought the case against the 60-year-old for his alleged part in the 1988 massacre of thousands of political prisoners in Iran in the aftermath of the Iran-Iraq war.

Hamid Nouri was an assistant to the deputy prosecutor of Gohardasht Prison in Karaj at the time the mass executions took place on the orders of then-Supreme Leader Ayatollah Khomeini. He is accused of subjecting prisoners to torture and having played a direct role in their killings between July and September 1988.

The “first wave” of killings included jailed members and sympathisers of opposition movement the Mojahedin-e Khalq Organization (MEK). Khomeini’s fatwa had been prompted by a recent, already-crushed armed incursion by the MEK from Iraq with the support of Saddam Hussein. For this reason the Swedish prosecutors say the executions of prisoners constituted a war crime.

After a halt to the massacre during the Shia holy month of Muharram, from August 27, 1988 the Iranian regime then began to target leftist prisoners, officially on the basis of their faith. Those found to be “apostates” were sent for execution en masse by “death panels” set up in prisons across the country between then and September 6.

According to the indictment filed on Tuesday, Hamid Nouri is suspected of intentionally killing a large number of prisoners together with other perpetrators (including Iran’s current president-elect, Ebrahim Raisi, who sat on the Tehran death panel). According to the Swedish Penal Code these acts can be classified as murder.

Hamid Nouri was arrested on a visit to Sweden in November 2019, after a complaint brought by a private plaintiff. Lawyers determined he could be prosecuted in the Scandinavian country under the principle of universal jurisdiction, which allows certain types of international crime to be addressed in foreign states no matter where – or how long ago – they took place.

Swedish domestic legislation does not include crimes against humanity committed before July 1, 2014. For this reason, Nouri is only being prosecuted for war crimes and murder. But prosecutor Kristina Lindhoff Carleson said: “War crimes are considered to be some of the most serious criminal acts not only within our national legislation, but also within the international law.

“This extensive investigation resulting in this indictment shows that even though these acts were committed beyond Sweden’s territory and for more than three decades ago, they can be subject to legal proceedings in Sweden.”

Dozens of victims, witnesses and experts are expected to give evidence at the trial, which is currently set to run from August 10, 2021 until sometime in April 2022.

Victims, witnesses and experts in the field from various parts of the world will be heard during the proceedings, which are expected to commence on 10 August 2021 and continue until April 2022.