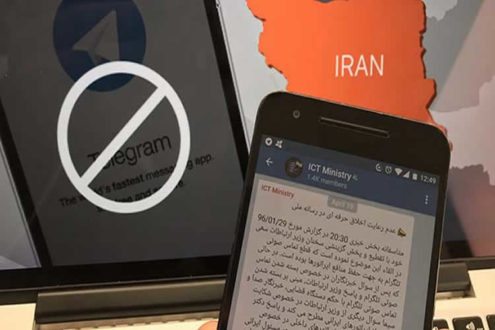 Iran-HRM – Reports say that the internet has been disrupted in various cities in Sistan and Baluchestan Province following days of protests across the province over the killing of Baluch fuel traders.

The internet was disrupted or completely shutdown since Wednesday afternoon in the cities of Chabahar, Iranshahr, Saravan, Zahedan and Zabol.
Protests erupted on February 22, in Iran’s southeastern Sistan and Baluchistan Province, after the Islamic Revolutionary Guards Corps (IRGC) opened fire on cross border fuel traders, killing and wounding dozens of them.

The IRGC had attempted to stop cross-border fuel trading by digging holes along the border crossing, but reportedly encountered protests by men who carry fuel over the border to make a living.

The IRGC then opened fire on the protesters, killing and injuring dozens of the Baluch fuel traders.

In a video from Saravan a man can be heard as saying: “more than 50 people were killed and/or wounded” by the Guards on Monday.

At least two protesters, including a 16-year-old child, were killed by the IRGC forces in the violence on February 23.

Despite the internet blackout and heavy presence of security forces, protests have continued to erupt in several southeastern cities including Saravan, Iranshahr, and Zahedan, the province capital.

Confirmed reports indicate that the Iranian regime has deployed special forces from neighboring provinces in various cities in Balochistan to quell the protests.
Amateur videos show the movement of dozens of armored vehicles and special forces to the cities of Zahedan, Iranshahr and Saravan.

There are still no reports on exactly how many people were killed or injured by the regime, due to the internet shut down in recent days.