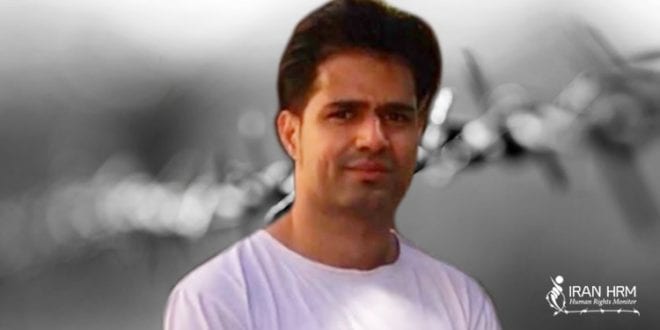 VOA – Jailed and exiled activists of an Iranian religious sect have denounced Iran’s Islamist leadership for Sunday’s death of a detained Dervish dissident whom they say was denied proper medical care for a serious neurological condition for months while in the custody of Iranian authorities.

A group of five jailed activists of Iran’s Gonabadi Dervish minority sent a statement to VOA Persian expressing outrage at the death of fellow Dervish dissident Behnam Mahjoubi at Tehran’s Loghman hospital, to which he had been transferred by authorities from the city’s Evin prison on February 13. Iran’s prisons organization said the 33-year-old Mahjoubi, who suffered from a panic disorder, was transferred to the hospital after being poisoned at Evin through the consumption of drugs and died eight days later, after efforts by hospital staff to revive him failed.

The five jailed Dervish activists called Mahjoubi’s death a “murder” and “big crime” and said Iran’s Islamist rulers were using it to send a message that they can kill their opponents “in the street, interrogation room, detention cell and prison ward.”

The prisoners who issued the statement identified themselves as Kianoush Abbaszadeh, Mostafa Abdi, Abbas Dehghan, Mohammad Sharifi Moghadam and Kasra Nouri. They sent it to VOA in the form of an audio message read by one of the men, who asked not to be named.

Another Dervish rights activist, Alireza Roshan, accused Iranian authorities of killing Mahjoubi by treating him worse than an animal. He spoke to VOA Persian in a Monday Skype video interview from exile in Turkey.

Gonabadi Dervishes are a Sufi Muslim religious sect that has long complained of harassment by Iran’s ruling Shiite clerics, who view them as heretics.

Mahjoubi was among more than 300 Dervish community members arrested for involvement in anti-government protests in Tehran, February 19-20, 2018. The protests escalated into violent street confrontations between Iranian security forces and the activists. Five officers were killed.

Iranian rights activists said Mahjoubi was released on bail later in 2018 while also being sentenced to two years in prison on the charge of “assembly and collusion against national security.” He began serving the sentence at Evin in June 2020.