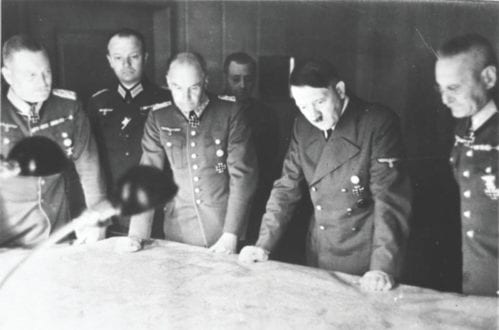 The deadly terror and strategy of eliminating opposition through poisoning

Poisoning has been used since before 4500BC and is still advancing for various purposes. Initially many chemicals were used as medicines and for treating ailments, but soon it was discovered that by using increased doses they could be used as poison. Over centuries the use of poison and its harmful effects increased. Chemical warfare was a reality during the first world war, causing some 1.3 million casualties during the course of the war. The Hague Declaration of 1899 and the Hague Convention of 1907 prohibited the use of “poison or poisoned weapons” nevertheless some 124,000 tons of poisonous gas was produced by the end of World War I.
In 1925, 16 of the world’s major nations signed the Geneva Protocol pledging never to use poisonous gas in warfare again, but the reality was quite different.

Not long after the First World War, Germany began researching and developing new methods of chemical warfare. In parallel to the development of chemical warfare, German scientists also engaged in the development of various poisons as a method of torture and murder directed against dissidents and revolutionaries. The extensive testing and investigations by German army scientist resulted in the developing of Zyklon B and other poisonous gases to kill millions of concentration camp prisoners.

After World War II, the allies discovered a great deal of documents and research files in the famous military fortress; Spandau Citadel’s chemical research center in Berlin, moreover they recovered German artillery chemicals such as tabun, sarin and soman, and as such the race for chemical weapons and development of poisonous chemicals was a fact.
Ally scientists and military intelligence gathered all information on human experiments with chemical substances that had been conducted on prisoners in the Nazi concentration camps. The allies now had all they needed to develop nerve agents. During the Cold War both Western countries and the Soviet Union put great resources in developing chemical and biological weapons. Tension was rising high between the US and the Soviet Union and both sides did all in their power to recruit German military scientists to their respective country to gain all the knowledge there was on technological and chemical innovations.

Following the international treaty (the Geneva Protocol) prohibiting the use of chemical and biological weapons in warfare most countries were reluctant to use substances that could be traced back to them in fear of retaliation. Nevertheless, chemical warfare took place as history has shown in Halabja, the Iran-Iraq war, the Persian Gulf war as well as recently in the Syrian war.

During the Cold War there was a special focus on developing substances that were difficult or even impossible to trace. The world witnessed as tension steadily increased between the US and the Soviet Union, the activities of secret intelligence agents and spies were peaking, and methods of torture and interrogations were sadly advancing. Even though it may seem like history or even fictional, the incident of Sergei Skripal and his daughter’s poisoning in the UK, as well as Alexei Navalny’s recent poisoning are just a few examples that have reached the media and verifies what is and has been going on behind closed doors around the world.

Some substances are designed to be so discrete that they are able to mimic a natural cause of death by slow organ failure. Nerve agents are chemicals that act in similar way but vary in their chemical structure and differ in toxicity. G-series nerve agents like sarin, tabun and soman are less stable and have a short wash out period from the human body. The V-series of nerve agents are highly persistent and can remain stable in the environment for a long period of time. The Novichok nerve agents were designed by the Soviet Union and is particularly difficult to detect. Nerve agents are inhibitors of the anticholinesterase system, which means that they act by causing paralysis or dysfunction of the central nervous system. Our central nervous system is constantly sending signals to skeletal-, smooth muscles and inner organs for the muscles to contract and relax, this balance is made up of many neurotransmittors and the most important of them is acetylcholine and acetylcholinesterase. When nerve agents inhibit acetylcholinesterase, the muscles contract but they cannot relax again, leading to paralysis and dysfunction of the respiratory system and the cardiac system, in addition it causes convulsions, nausea, vomiting, confusion, drowsiness, increased urination and loss of consciousness. Furthermore, nerve agents cause neurological damage which can be irreversible, even if the victim survives. The neurological and psychiatric changes may persist and symptoms like fatigue and cognitive defects are common.

Other poisonous substances include radioactive substances such as polonium-210. The toxicity of polonium-210 is based on its radioactivity, it is soluble in aqueous solutions and can easily contaminate food, water and air. The former Russian spy, Alexander Litvinenko died of radiation disease following polonium-210 poisoning of his tea. Polonium-210 is a known carcinogen and causes DNA damage, it is difficult to diagnose and leads to organ failure including bone marrow failure, dysfunction of the cardiovascular, gastrointestinal and central nervous system.

The intensity and duration of symptoms is highly dependent on doses and number of administrations given as well as the victim’s underlying health condition. There have been several cases of poisoning where the substance of poison has been unidentified, or rather, the medical team have not been allowed to disclose the cause of death. One such example was illustrated with Russian opposition politician Vladimir Kara-Murza, who suddenly for no obvious reason fell ill and was hospitalized with multiple organ failure. He survived, but no toxin was found in his body.

Dr Ramin Pourandarjani who witnessed and testified on the cruel and abusive treatment of Iranians following the demonstrations after the Iranian presidential election in 2009, was found dead at the Tehran Police Headquarters. The official explanation for his death was suicide, however there were reports of him receiving food contaminated with drugs.

Dr Ahmadreza Djalali a Swedish-Iranian academic and medical doctor was arrested in 2016, convicted of espionage based on forced confessions and fabricated evidence. In October 2017 he was sentenced to death for “corruption on earth”. Dr Ahmadreza Djalali is an expert in the field of disaster medicine and his work has been dedicated to improving hospitals’ emergency responses much like the situation the world is faced with today with the corona pandemic. His sentence was to be carried out in November 2020 but later his family learned that the execution would be halted for a month. Dr Djalali is still being held at Evin prison in Tehran and remains at risk of execution. Since his incarceration in 2016, Dr Djalali has deteriorated in health and lost an immense amount of weight, as he himself is a trained medical doctor he is qualified to suspect or diagnose poisoning symptoms. Dr Djalali has communicated several times that he is convinced that he is being poisoned and on repeated occasions he has been refused proper medical care. Unexplained and dramatic weight loss, health deterioration without appropriate medical attention are efficient methods of execution over time.

Iran’s continuous violations of religious freedom have left many religious minorities unprotected and faced with brutal persecutions over the last four decades. Sufis of the Gonabadi Order are one of these religious minorities faced with systemic social maltreatment, imprisonments and executions on a daily basis. Behnam Mahjoubi, a 33-year-old Sufi member was among those 300 Sufi members arrested in 2018 for partaking in a peaceful protest. He received a 2-year prison sentence for his involvement which he is currently serving at Evin prison in Tehran. During his imprisonment he has endured both physical and psychological torture.
Mr Mahjoubi has a previous medical condition (panic disorder) which requires certain prescribed medications which is provided by his family to the prison. However during his imprisonment he has been refused his own prescribed medication and instead received other substances provided by the medical staff at the prison medical center. On receiving these unclear medications Mr Mahjoubi has suffered serious neurological adverse effects including seizures and numbness in his extremities. Mr Mahjoubi has therefore undertaken several hunger strikes. As a consequence, he has been forcibly transferred to Aminabad psychiatric hospital on several occasions where he has forcibly been injected with medical substances against his will. According to information available to Amnesty International, Mr Mahjoubi had been informed that if he did not end his hunger strikes, he would be given electric shocks. Mr Mahjoubi has described the inhumane and psychological torture that occurred at the psychiatric hospital not only to himself but other inpatients as well. According to recent news released by Mr Mahjoubi’s mother, he is currently in a coma after visiting the prison’s medical center and forcibly been given medication of unknown source.

The methods of execution are now increasingly focused on not leaving a trace behind, brutal killings and torture is still ongoing, but in some cases silent executions are in demand. Thus, we are reminded that even ordinary medications can induce death if administered in high doses. Another well-known case of poisoning reminds us of this very concept. On December 24th 2019, Dr Noor Ali Tabandeh, a renowned defender of human rights, a respected lawyer and judge in Iran, and the spiritual leader of the Gonabadi Sufi order, passed away unexpectedly in Mehr Hospital, in Tehran, Iran. The circumstances surrounding his death and his prior house arrest leading up to his death has left many questions unanswered. A medical examination of his prior stable health condition and his rapid health deterioration during his house arrest has concluded that his death could not have been natural. The lack of a post-mortem examination and a death certificate stating the diagnosis leading to his death further verify these conclusions.

The medical team examining this case have concluded that the substance of use were phenothiazines, which are widely used for treating psychosis and agitated depression. Its toxic pharmalogical effects are well known to the medical community worldwide and older pharmalogical preparations have higher risk of intoxication. The drugs that were administered had accumulated to intoxicating and lethal levels, which is more common in elderly patients. Phenothiazines affects the acetylcholine system causing central anticholinergic syndrome. The intoxicating levels of phenothiazines causes a wide range of signs and primarily affects the central nervous system, the cardiovascular system, with effects including seizures, agitation, restlessness, respiratory distress, extrapyrimidal dystonia, muscle spasms, rigidity and in severe cases coma, all clinical signs that Dr Tabandeh presented during his house arrest until his unresolved and suspicious death.

Dr Tabandeh was regarded a serious threat by the Iranian regime because of his democratic values, his vast numbers of followers, and his determined work for human rights, and as such, he suffered a slow and silent execution behind closed doors by the authoritarian regime.
The inhumane and devious systemic strategies of eliminating people in totalitarian despotic regimes are not represented by international death penalty statistics but nevertheless is an inescapable fact of reality that is violating human rights and should be dealt with accordingly.