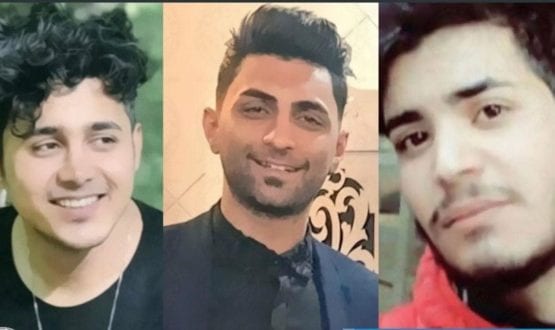 Shabtabnews – In a statement IOPHR called “on all human rights organisations inside, and outside of Iran to prevent the execution of these three men, by launching a maximum pressure campaign, and putting pressure on the Iranian authorities.”

Amir-Hossein Moradi, Saeed Tamjidi, and Mohammad Rajabi were sentenced to death in February in connection with acts of arson that took place during the protests against Iran’s government in November 2019.

The IOPHR, in particular, in its statement drew the attention of senior European Commission officials and the European Union’s foreign policy apparatus to the fact that the continuation of diplomatic, political, and economic relations with the ruling regime in Iran has only worsened the human rights situation in Iran, and has only increased the suffering of the Iranian people.