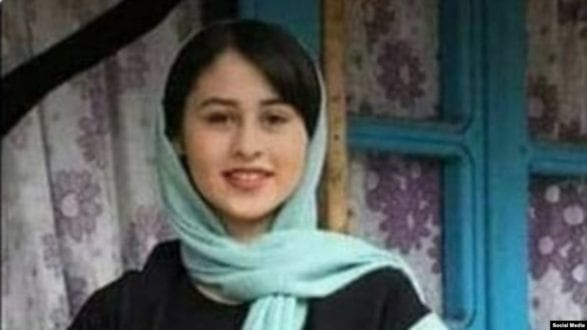 A psychologist who could not be named for her own safety told Radio Farda that recently a prominent colleague with great following on social media lost his license to practice because he had extensively discussed these issues on his social media accounts.

According to her, other mental health workers have received warnings for collaborating with feminist activists on live Instagram posts in which issues such as equality of men and women and cultural concepts such as male honor and control over female family members and relatives were discussed.

She says she was stopped from speaking at a meeting with welfare organization officers about the killing of Romina, a fourteen-year-old girl by her father in June which shook Iran. “I was told to stop talking when I said future parents must be required to attend courses on raising children and workshops about giving sex education to children,”.SEE ALSO:Third ‘Honor Killing’ In One Month Shakes Many Iranians

“This means that women and girls are allowed to be killed and all are required to keep silent about these brutalities,” she says.

The recent honor killings — three in less than a month — outraged Iranians and became a hot topic on social media with many blaming the Islamic government for policies of light punishment for the guilty perpetrators.

The three recent cases have also been very gruesome. Her father killed Romina with a sickle. In the second instance, a man killed his 22-year-old daughter with an ax, while in the third case of honor killing, a man beheaded his young wife.SEE ALSO:Religious Women’s Center In Iran Blames Child Marriage Opponents For Honor Killing

The discussion of these killings worries the authorities because it opens cans of worms. Such discussions and the public sympathy with the victims inevitably leads to discussions about the religious laws and traditions that sanction such killings or at least allow the killer to go free or with a light punishment. Many are now campaigning for changing the laws to prevent such tragedies.

Under Islamic Republic law, a father who kills his child is not considered a murderer and is not punished by death. According to sharia laws which form the basis of Iran’s Penal Code, the father has a “blood right” to his children. If a man’s children are killed, he can exercise the right and forgive the murderer or demand blood money to forgo his right to qisas (death penalty as retaliation in kind) or insist that the killer, even if a minor, be hanged for the killing.

In the same way, killing a wife can go unpunished in some cases. According to article 630 of Iran’s Islamic Penal Code a man who has killed his wife will go free if he can produce four witnesses to her adultery. Women, obviously, do not enjoy the same right if they find their husband in bed with someone else.

In reality proving adultery is more difficult than it may sound but the fact that the law takes the man’s side is an issue defenders of sharia law find difficult to justify. Also, courts and judges appointed by the Islamic justice system are often very biased in favor of men and often take their side in the absence of juries.

The Islamic establishment thus finds itself at odds with psychologists and mental health workers who often have to question static religious laws and traditions that condone complete obedience of children and women to men.

Saeed Payvandi, a Paris-based sociologist, says this situation is an ideological stalemate because it paralyzes scientists from offering science-based solutions to remedy social crises and makes it accede to rules set by religion.