Two Members Of The Free Union Of Iranian Workers Arrested

Iran-HRM – The state security forces arrested the secretary of the board of directors of the Free Union of Iranian Workers, Jafar Azimzadeh, and vice president of the union, Parvin Mohammadi, on January 29. 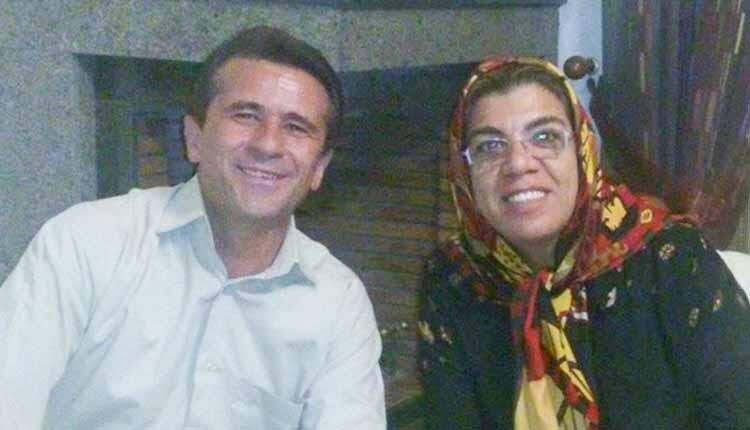 The Free Union of Iranian Workers announced that security forces stormed the home of Parvin Mohammadi on Tuesday, and arrested Jafar Azimzadeh who was visiting her that time.

Hours later, Parvin Mohammadi, was also arrested in her home in Fardis, Karaj, a city north-west of the capital, Tehran.

Security forces confiscated the personal belongings of Azimzadeh and Ms. Mohammadi, including their laptops and cell phones, during the raid.

According to reports, Azimzadeh is detained at the 11th police headquarter in Karaj, west of the capital, Tehran, and will be kept there until the judge’s announcement.

Announcing the news, the workers union condemned the arrests of two members of its board of directors and demanded their immediate and unconditional release.

Mohammad Ali Jedari Foroughi, the lawyer of Azimzadeh, reported his client’s arrest on Facebook, noting, “I managed to meet Jafar Azimzadeh for a couple of minutes, hours after his arrest.”

“Azimzadeh has been sentenced to six years for “acting against national security” and “spreading propaganda against the state” by Branch 15 of Tehran Revolutionary Court,” Foroughi wrote.

According to the attorney, Azimzadeh had earlier been sentenced to 11 years for the same charges by another branch of the Revolutionary Court in the city of Saveh, southwest of Tehran, but was later acquitted.

“Based on the illegality of issuing two different verdicts for the same charges, we are appealing against the latest ruling,” Foroughi wrote.

Ms. Parvin Mohammadi, former representative of workers of Iran Metal Industries and member of the Board of Directors of the Free Union of Iranian Workers, had published an open letter on December 20, 2018, blasting the clerical regime for ordering nightly raids on the houses of steel workers of Ahvaz and arresting them.
In parts of this letter, Parvin Mohammadi addressed the oppressive rulers of Iran and wrote:

“Gentlemen, you arrested and incarcerated (some workers). From now on, however, what will you do with the rage and fury of thousands of steel workers and their families and millions of workers and toiling wage earners across the country whose lives have turned into hell at your hands?

“Gentlemen, if the arrests and imprisonments of dozens of steel workers have put them in a position to stop their street protests for several days, you should rest assured that this is not the end of it.

“Because these are only moments and days when the rage and fury of steel workers and all workers throughout Iran are accumulated to soon erupt like a giant volcano.”