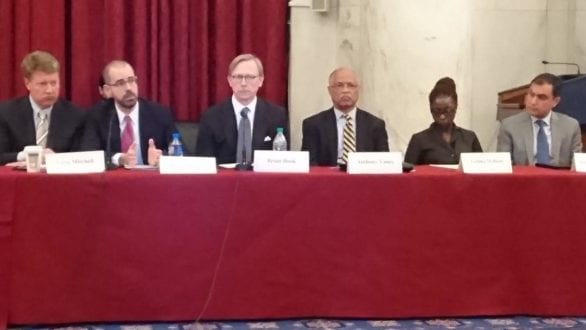 Shabtabnews – On Tuesday 27th November, there was special Round table meeting within the US Senate building, on the topic of Religious Freedom in Iran, with the US State Department’s Special Representative on Iran, Brian Hook, and the United States Ambassador-at-Large for International Religious Freedom,  Mr Brownback. 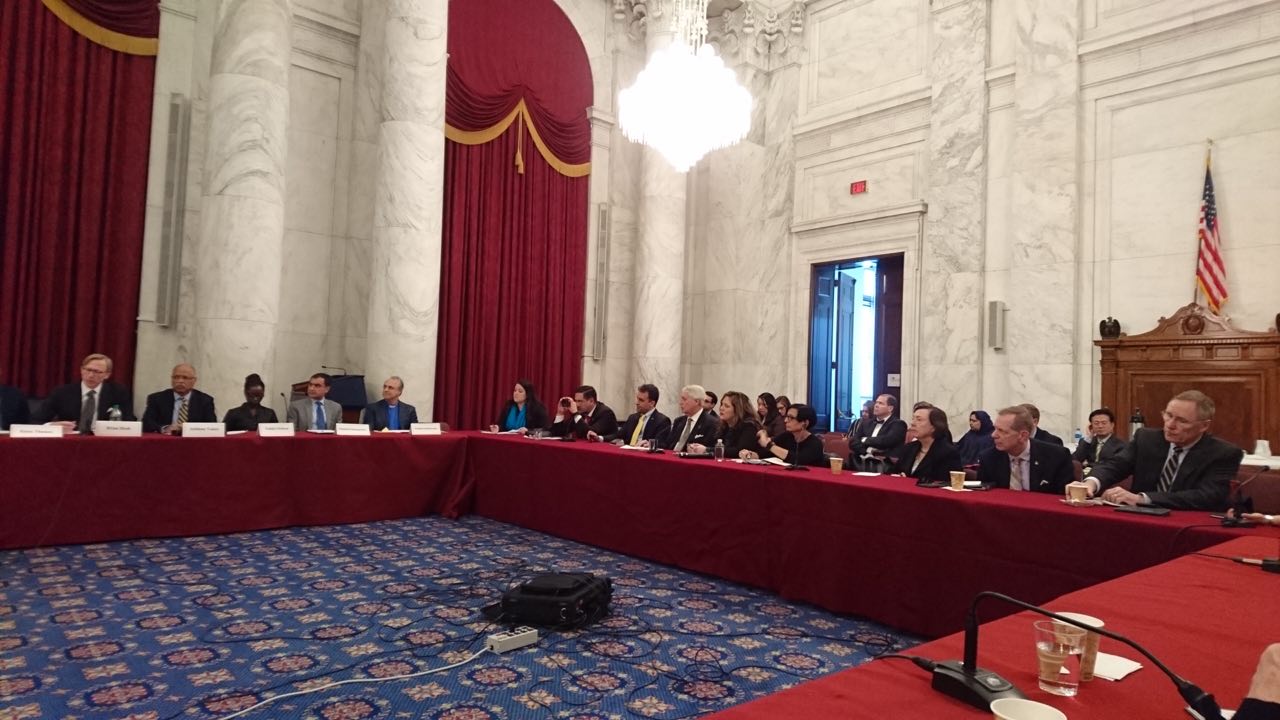 At this meeting, which was attended by the International Organisation to Preserve Human Rights representative (IOPHR), Mr Hamid Gharagozloo, there were discussions on the widespread human rights violations committed by the Iranian regime against its own citizen’s. At this meeting  detail reports regarding the situations of religious minorities in Iran were also presented, especially those that highlighted the  Iranian regime’s persistent suppression and oppression of all religious minorities such as Baha’is, Christians and Gonabadi Sufis.

The meeting opened with Mr Hook making a formal statement on the mistreatment of  Gonabadi Sufis by the  Iranian regime in particular the house arrest of their  spiritual leader Dr Noor Ali Tabandeh, who  was  recently released. In his opening remarks Mr Hook also mentioned the unjust execution of Mohammad Salas in June on trumped up charges, and also the hundreds of Gonabadi Sufis who remain imprisoned under severe conditions. 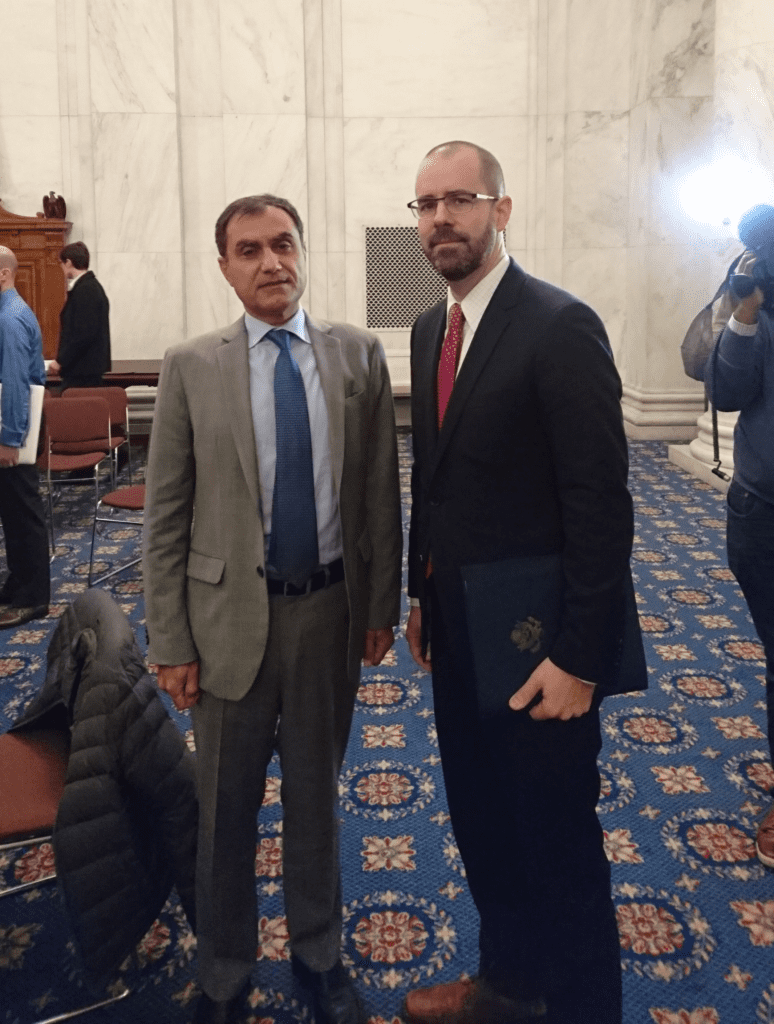 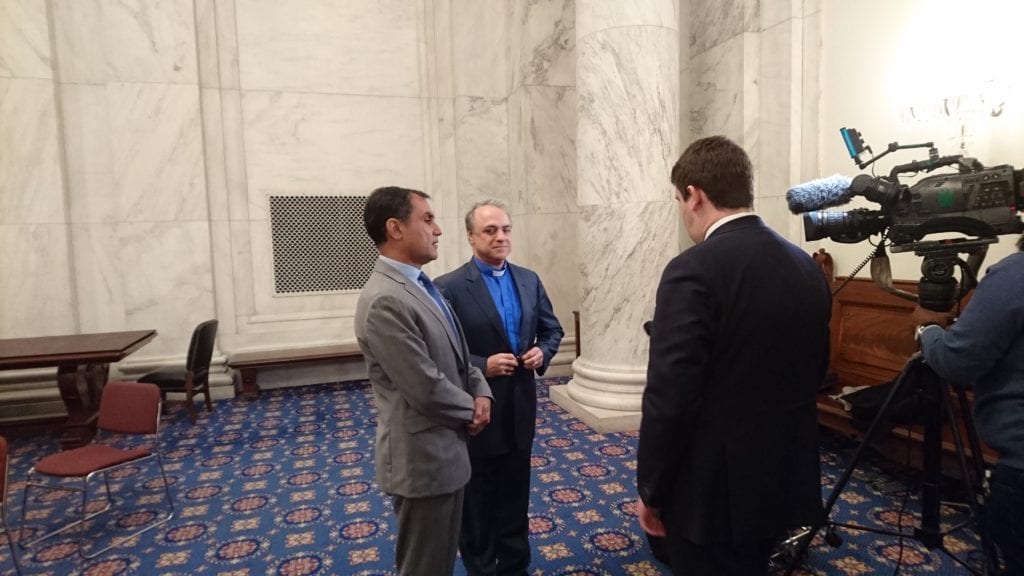 In this meeting the representative of IOPHR, Mr Hamid Gharagozloo, presented a detail report to those present, on the conditions of religious minorities such as Gonabadi Sufis and their repression by the Iranian regime. In his statement Mr Gharagozloo, mentioned the mistreatment of Sufi women who are imprisoned in Iran, purely because of their faith.  He went on to outline the beatings and torture of the Sufi women  by the Iranian authorities. 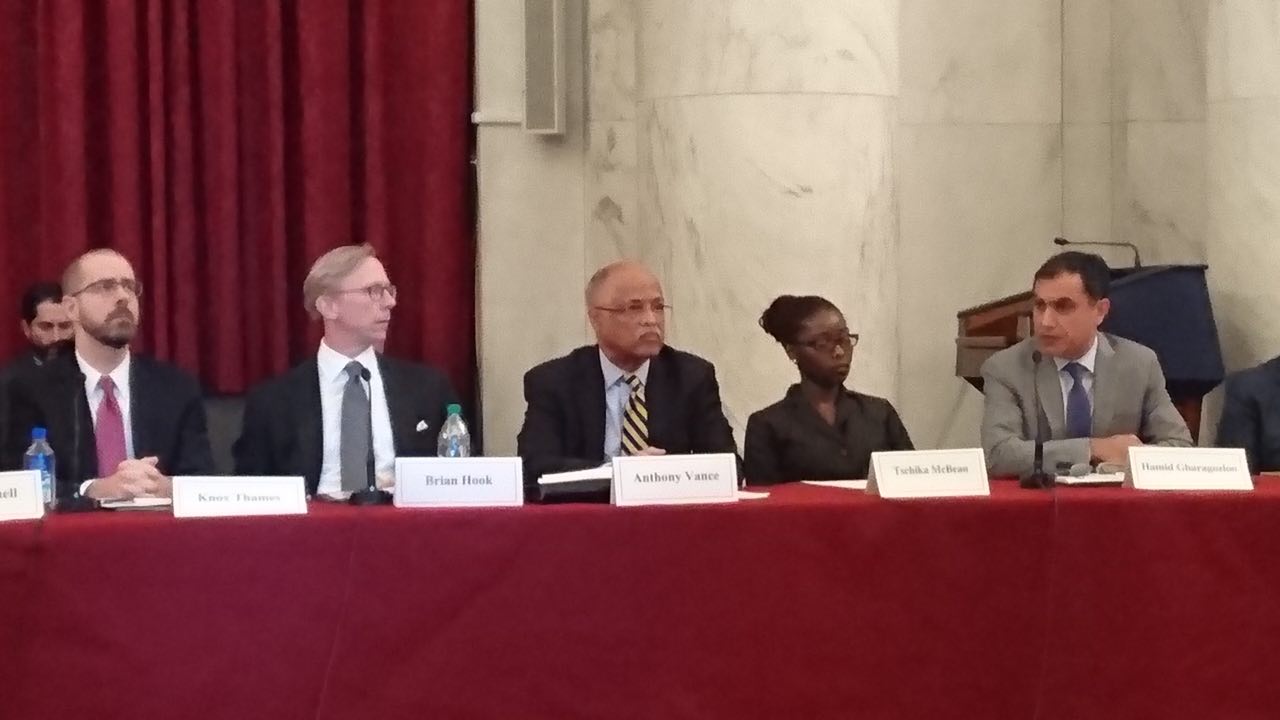 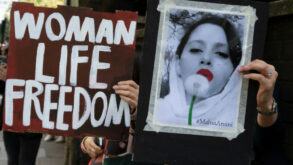 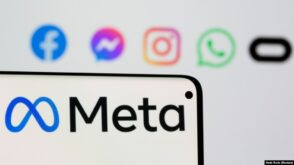