VOA – A spokesman for the State Department warned in a recent statement about the terror efforts of the Islamic Republic outside of Iran and the violation of human rights inside Iran.

“There is a need for a serious action to stop the assassinations and violence committed by  the Islamic Republic of Iran abroad, as well as to improve the human rights situation inside,” said Heather Nauert on Wednesday.

“We will continue to support the voices of the Iranian people and strengthen the global support of our efforts,” she said. The world must  unite against  Iran’s violation.”

Important points from @USAmbUK on #Iran sanctions: “It has never been U.S. policy to target humanitarian trade. Our sanctions are intended to change the destructive and repressive behavior of the Iranian regime.”

“We believe this type of sustained and targeted pressure is the most effective way to change Iran’s bad behaviour…the world must be unified in saying no to Iran’s abuses.” My piece in the @Telegraph on #Iran: https://www.telegraph.co.uk/news/2018/11/20/us-sanctions-target-conspiracy-iran-syria-russia-keep-assad … 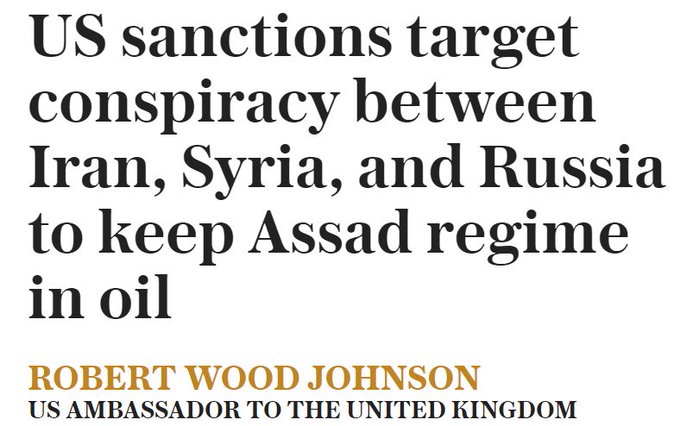 368 people are talking about this

The US State Department spokesman had earlier re-released a tweet from the US ambassador to the United Kingdom.

A US ambassador to Britain, Robert Wood Johnson, wrote in a Twitter message Wednesday that the United States believes that “targeted and sustained pressure” is the most effective way to change the bad behavior of the Islamic Republic of Iran.

He also wrote: “The world needs to unite in order to not talk about Iran’s mistreatment.”