Human Rights Activists News Agency (HRANA)- On October 28th and 29th, respectively, political prisoners Mohammad Ostadghader and Houshmand Alipour were permitted visits from their families for the first time since their arrest on August 3rd of this year. 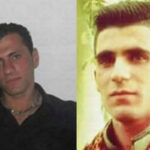 On August 7th, Iranian national television broadcast footage of the young men confessing to an armed attack on a security post in Saqqez. Both stand charged of membership in a Kurdish opposition group, while their supporters assert that these “confessions” were violently coerced.

During the family’s visit earlier this week, security agents reportedly prevented Ostadghader and Alipour’s families from obtaining their signatures on attorney retainer forms.

No update is currently available on Alipour’s pending hearing in investigations court, which was scheduled for October 4th and later postponed.

Alipour’s brother Hejar published a letter earlier this month describing Houshmand’s judicial ordeal, writing, “The Islamic Republic pummeled and stifled the dreams of a young man, and we cannot stand by as they try to take his life.”

On September 10th, Amnesty International issued a statement that read: “On 3 August, Houshmand Alipour and Mohammad Ostadghader, from Iran’s Kurdish minority, were arrested by security forces near Saqqez, Kurdistan province, on suspicion of taking part in an armed attack against a security base in that city. Mohammad Ostadghader was shot and injured during the arrest but has been denied medical care. The pair were held in an unknown location without access to their families or lawyers.”

Houshmand Alipour is from Sardasht, West Azerbaijan Province. Mohammad Ostadghader is from Saqqez, Kurdistan province, near the border with Iraq and home to Iran’s Kurdish minority.