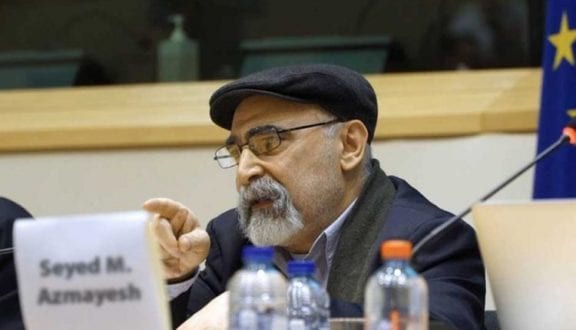 IOPHR –  A hidden campaign to threaten and to assassinate Dr. Seyed Mostafa Azmayesh , the Director of  International organisation to preserve human rights (IOPHR) has been discovered. In these reports within cyber space, Dr. Azmayesh’s and his colleagues lives  are  threatened with assassination by the  agents of the Iranian Revolutionary Guards – who have been planted  amongst the political refugees that have left Iran and are now residing abroad.

These clips can be found within the Instagram post, of Ali Saeedi,  under the headline of  “today’s threats”.

Nevertheless, these posts show a clear link in regards to Ali Saeedi’s true connection to the Iranian regime, as he uses many accusations and words that are consistently hurled against Dr Azmayesh within Iranian Regimes’ controlled websites  in Iran. The same websites that are behind support the oppressive behaviours of the Regime against religious minorities in Iran or any form of belief that does not support the Iranian regimes’s extremist intolerant doctrine.