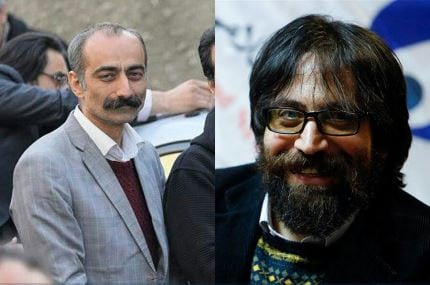 Shabtabnews – Ahmad Irankhah and Saeed Durandish were arrested two days ago and imprisoned in Fashafiyeh Prison as they protested the lack of information about the whereabouts of eight imprisoned Sufis who have disappeared since the prison authorities  assaulted the  Sufis  in Fashafiyeh prison last month.

The two arrested Sufis have said that we will be on hunger strike  as long as their  eight fellow Sufis remain missing and have not contacted their families.

Mohammad Sharifi Moghaddam, Kasra Nouri, Reza Entesari, Sina Entesari, Amir Noori, Morteza Kangarloo, Hesam Moeini and Mehdi Eskandari are the eight Sufis who have been transferred to an unknown location by the prison authorities after they were attacked by Fashafiyeh  prison authorities last month. No information has been made  available on their status since last moth.

According to earlier report,  new judicial cases have been opened against  the eight Sufi prisoners.