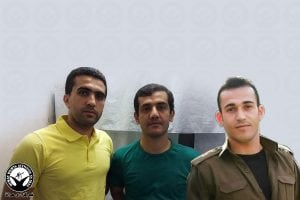 Ramin Hossein Panahi and cousins Zaniar Moradi and Loghman Moradi were executed in cold bold on September 8. The missile attack deep inside Iraq’s Kurdistan region killed at least 11 and wounded 50 others was widely condemned as expected.

Islamic Revolutionary Guard Corps (IRGC) proudly claimed the responsibility for the deadly attack. IRGC has not been known for jumping in and taking credit for terrorist attacks on its opposition groups based in Iraq in the past.

So what was different this time around? Is the regime desperate? Does it need show of force outside the country to compensate for its internal failures? Times have changed but the Iranian regime has not. Ali Khamenei and IRGC top brass are yet to learn that the golden days of terrorist attacks on its opposition groups in Iraq and escaping the consequences are long gone.

In the late 80s, 90s and 2000, the IRGC lunched hundreds of terrorist attacks with impunity on its main opposition’s bases the People’s Mojahedin Organization of Iran (PMOI/MEK) in Iraq. Terrorism is Iranian regime’s second nature. One needs not to look far to see it has franchise its terrorist operation deep in Europe and as far as the US mainland.

Keep in mind that the Iranian regime is already stifled with economic failures at home. It is desperately looking for a diversion both for its demoralized forces such as paramilitary Basij at home and its proxy forces in other countries such as Lebanon, Iraq, Syria and Yemen. It needs to boost their already low morale. 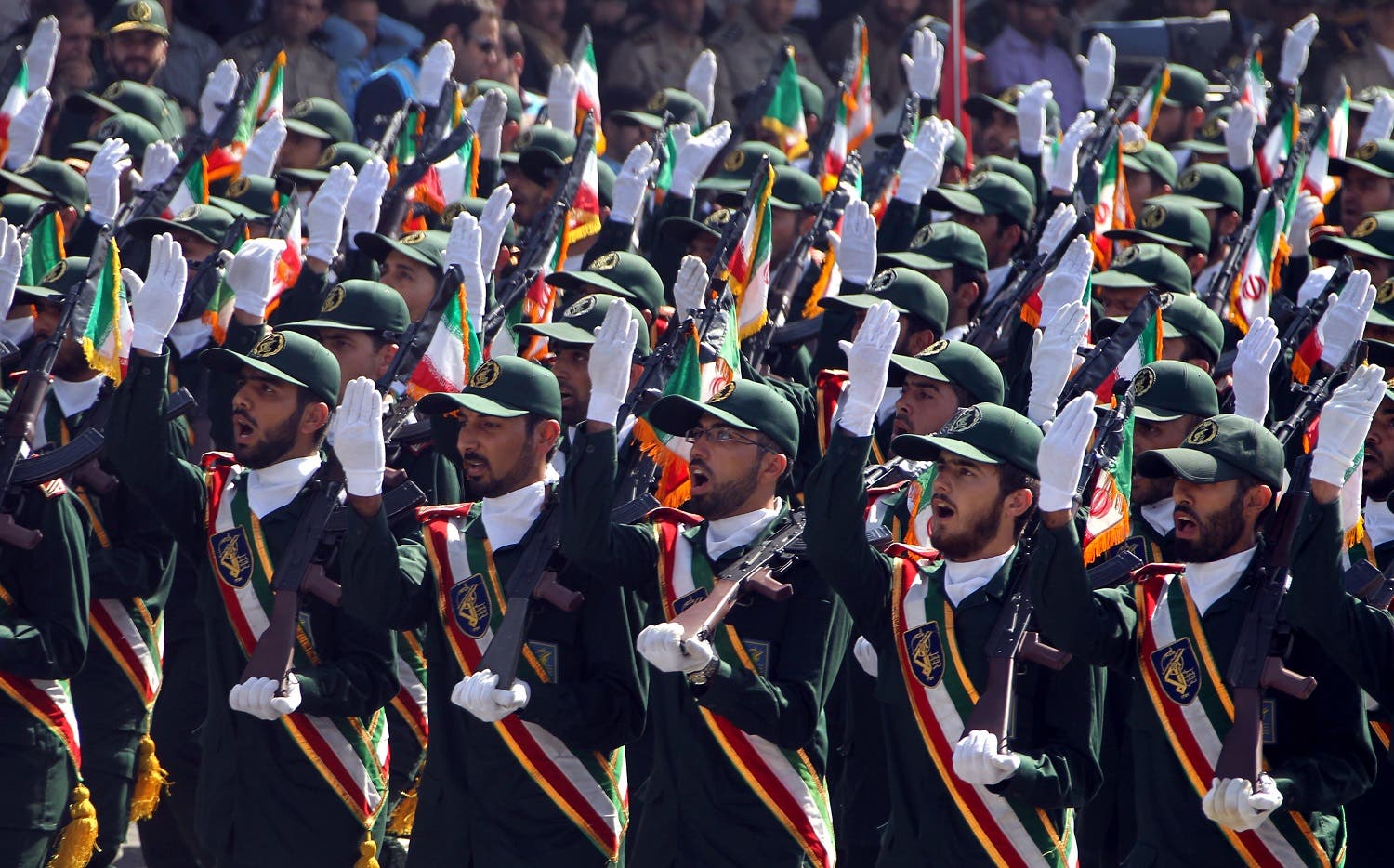 Members of IRGC participating in a march past during an annual military parade in Tehran, on September 22, 2013. (AFP)

Since the start of protests in January, the Iranian regime’s leadership has put the blame on outside meddling and the MEK activities in Iran. Despite IRGC’s usual threats for boosting its foot soldiers’ moral at home, time has proven that they are no match for the recent turn of events. Soon, what began as protests over bread, mushroomed to 143 cities across the country.

The problem has since snowballed to a major and life threatening issue for the theocratic regime in Tehran. Outside pressure unlike the past 40 years is mounting and for the spoiled regime showered with gifts and incentive packages from the West has come as a shock. An Iranian regime’s official recently described the government as a patient on life-support.

Many analysts believe that the Iranian regime will not weather its current predicament. Economic failures as the bedrock fueled with four decades of absolute suppression are recipes for disaster. It is certainly true but it is missing a major component, which should be taken into the consideration and that is the role of an organized resistance.

Khamenei and IRGC officials have said all along that MEK’s Resistance Units are playing a leading role in turning simple protests into major security threats for the regime. 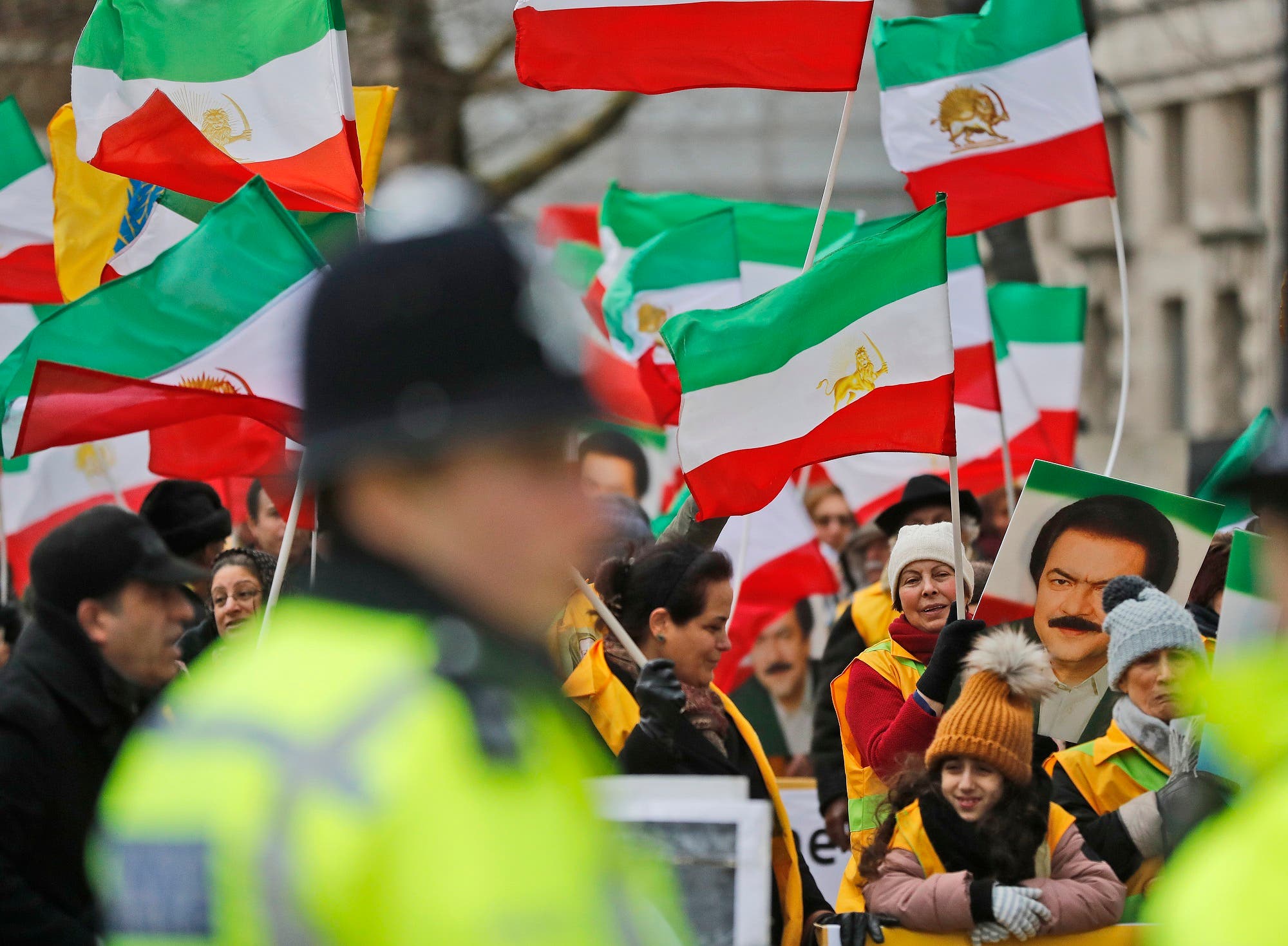 Terrorist escapades such as the plot to kill participants of NCRI are signs of a frustrated regime in Tehran. (File photo: AP)

Terrorist escapades such as the plot to kill innocent participants of a large gathering of the National Council of Resistance of Iran (NCRI) in the summer in Paris are signs of a frustrated regime in Tehran.

Taking the risk of using its diplomat in passing the bomb to its foot soldiers for carrying out the plot is another sign of weakens.

The diplomat in question is Assadollah Assadi, the mastermind of the plot while under diplomatic immunity from Austrian government. He was stationed in Vienna. Assadi was caught red-handed when he was giving explosives and detonator to a sleeper cell, an Iranian born Belgian couple to carry out the attack.

A copycat of the same terrorist plot in Europe was unveiled by the Justice Department in the United States in August when this time two Iranian agents of the Ministry of Intelligence and Security (MOIS) tried to spy on the NCRI/MEK meetings.

The US Justice Department announced two arrests on America soil on August 20. Ahmadreza Mohammadi-Doostdar a 38-year-old man born and bred in America and from Iranian immigrant parents was one of them. The second man was identified as Majid Ghorbani a US permanent resident living in California.

The two are said to have been charged with spying on members and supporters of Iran’s main opposition group, the People’s Mojahedin Organization of Iran (PMOI/MEK). 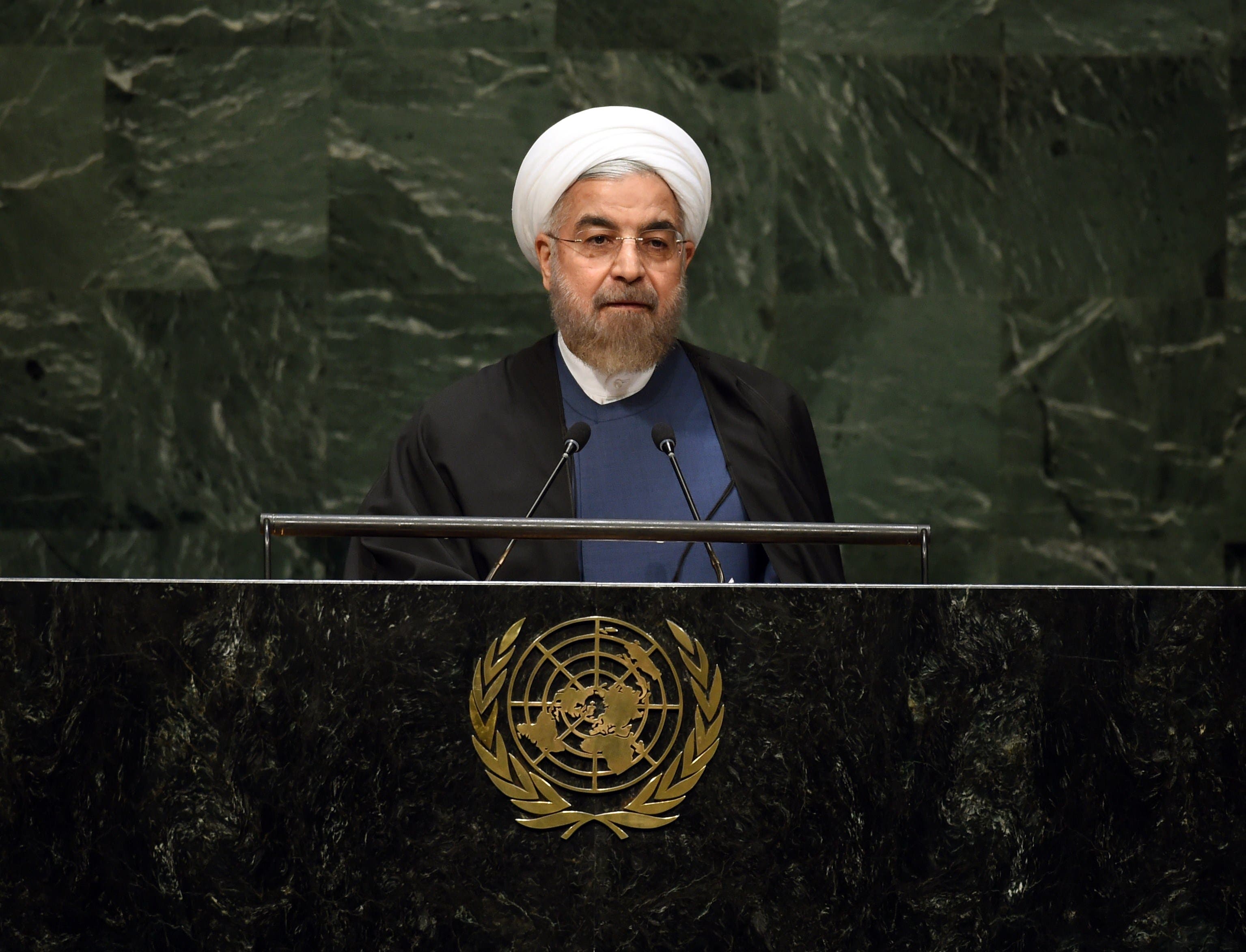 Hassan Rouhani, President of the Islamic Republic of Iran, speaks during the 69th Session of the UN General Assembly September 25, 2014 in New York. (AFP)

In his arraignment hearing, Doostdar’s attorney asked the judge for his release on bail arguing his entire family is in the US and therefore he is not a flight risk. But the judge refused to release him.

Justice Department statement adds: “On or about Sept. 20, 2017, Ghorbani is alleged to have attended a MEK rally in New York City, during which he photographed individuals participating in the protest against the current Iranian regime.

In December 2017, Doostdar returned to the United States from Iran and made contact with Ghorbani in the Los Angeles area. During the meeting, Doostdar paid Ghorbani approximately $2,000 in cash and Ghorbani delivered to him 28 photographs taken at the September 2017 MEK rally, many of which contained hand-written annotations identifying the individuals who appeared in the photos.”

On September 18, the 73th session of the UN General Assembly will open. It is a rare occasion during which the international community has an opportunity to question the representatives of the theocratic regime in Iran for their actions.

Be its meddling in the affairs of its neighbors; deadly attacks on its opposition outside the country; proliferating weapons such as ballistic missiles and last but not in no way the least suppressing its own people at home such as the recent execution of three Kurdish dissidents last week.