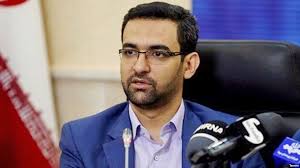 Radiofarda – Iranian state prosecutors announced on Tuesday that Twitter remains banned by the government, rejecting the call of Mohammad-Javad Azari Jahromi, the current Communication minister, to lift the ban.

The minister should endeavour to promote local internet services instead of promoting US platforms, Khoramabadi insisted, according to Fars news agency.

Social media such as Twitter and Facebook have come under significant backlash from the Iranian government for years, largely due to their use as a platform for dissent and organising protests. Telegram was also banned recently.

Iranians use various circumvention software, including VPN services to avoid these bans. According to the deputy chief attorney general Khoramabadi last month, about 30 million Iranians are evading internet bans. Many Iranians use Twitter but more than 30 million were using Telegram before it was banned.

Jahromi has frequently called for an opening of the internet during his tenure as Communication minister.

As argued by Jahromi, his request for Twitter to be allowed in the country highlights the out of touch nature of the justice system.

Numerous Iranian politicians themselves have Twitter accounts, including President Rouhani and Foreign Minister Mohammad Javad Zarif. Although Ayatollah Ali Khamenei does not personally use Twitter, he still had tweets published under his name.