VOA — Iranian truck drivers angered about rising business costs have maintained a strike for a ninth day in several parts of the country, defying a state media blackout on the enduring protest movement.

Editor’s note: The tweet below shows idled trucks in the Kermanshah provincial city of Kangavar on May 30, 2018. 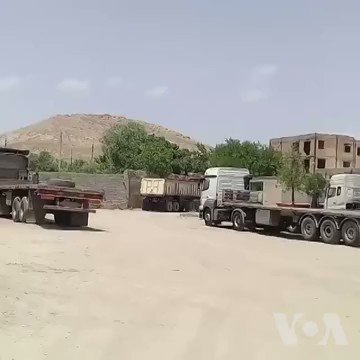 Another clip dated Wednesday and verified by VOA Persian shows a deserted freight terminal that normally would be full of trucks in the southern port city Bandar Abbas.

Editor’s note: The tweet below shows a deserted freight terminal at Bandar Abbas, Iran, on May 30, 2018. 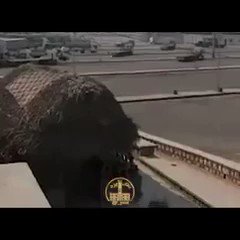 Iranian state media have not reported any strike activity by truck drivers across the country in recent days.

Mobilized by social media, Iranian truck drivers began the strike in seven Iranian provinces on May 22, according to earlier images and messages sent to VOA Persian. Since then, the drivers have displayed signs complaining of stagnant wages as they face rising costs for insurance, road tolls, commissions, repairs and spare parts. The participation of gasoline tanker drivers in the strike has caused shortages at gas stations in some parts of the country.

Several striking truckers who spoke to VOA Persian in recent days said the Iranian government has not responded to their demands for significantly higher wages for transporting cargo. But, they said authorities have sent text messages threatening to revoke drivers’ licenses unless the strike ends.

A May 24 report by Iran’s state-run ILNA news agency quoted an official of the Roads and Urban Development Ministry as saying the government had agreed to increase fees paid to truckers by an average of 15 percent nationwide. But, it is not clear whether the increase has been implemented.

The striking truckers interviewed by VOA Persian said many of their fellow drivers were running out of money, and would try to continue the strike until the end of this week before going back to work.

In a sign of international support for the strikers, a major North American labor union endorsed their protest on Tuesday. 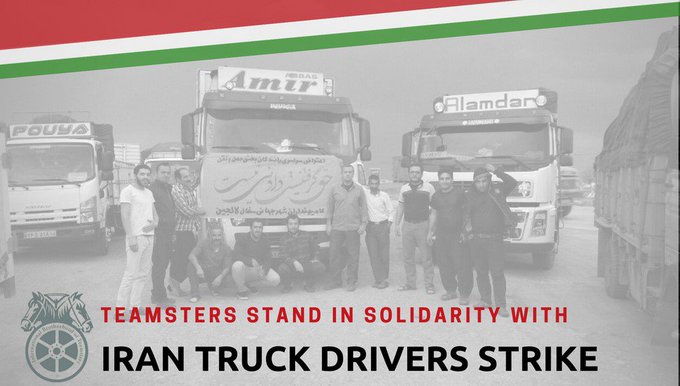 Iranian truck drivers in 25 provinces and 160 cities have been on strike over low pay, rising operating costs, increased tolls and other regulatory fees. #Teamsters stand in #solidarity with our Iranian brother & sisters! https://teamster.org/sites/teamster.org/files/180529_iran_truckers.pdf … @AdenaNima @ITFglobalunion #1u

The International Brotherhood of Teamsters, which represents American and Canadian transportation and supply chain workers, tweeted a link to a statement urging Tehran to “listen to the grievances of striking Iranian truck drivers, address their just demands and recognize their internationally recognized rights to assembly, speech, freedom of association and collective bargaining.”

The tweet drew dozens of comments from Iranians, mostly expressing gratitude for the North American union’s moral support of the strikers.

This report was produced in collaboration with VOA’s Persian Service. Michael Lipin reported from Washington.