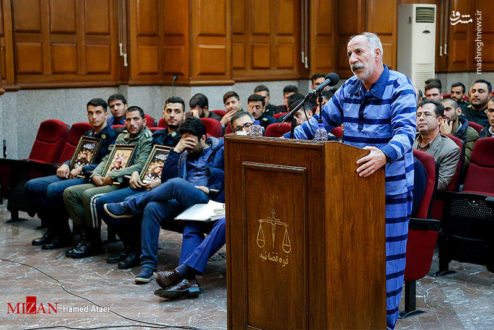 Stop the Execution of Mr. Yavar Mohammad Salas, and Demand a Re-Trial

IOPHR – Urgent action is needed to stop the execution of Mr. Yavar Mohammad Salas, who is sentenced to imprisonment and execution on murder charges and whose sentence has been upheld by the Iranian Supreme Court, is in imminent danger of execution.

Urgent action is needed to stop the execution of Mr. Yavar Mohammad Salas, to free Dr. Noor Ali Tabandeh from house arrest and to stop the persecution of Gonabadi Dervishes by the Iranian Regime. Mr. Yavar Mohammad Salas, a Gonabadi Dervish, is an innocent man sentenced to death by the Iranian Supreme Court on 24th April 2018. Mr. Salas has been wrongfully convicted of the murder of three police officers, despite the fact that the case against him remains incomplete and unsubstantiated. During his trial, evidence surfaced that proved Mr. Salas’s innocence.

This included eye-witness testimony and photographic evidence, all of which was completely ignored by the court. Numerous legal and procedural violations occurred during the pre-trial and trial process with Mr. Salas being forced to confess under duress, lack of access to legal representation, and failure to observe the defendant’s legal and procedural rights as set out in the Iranian constitution and penal code. These violations alone should have nullified the case as per the Iranian penal code. Mr. Salas has been threatened, tortured and denied his fundamental right to a fair trial, and is now facing execution for a crime he did not commit.

The Iranian regime is suppressing and persecuting Sufi Gonabadi Dervishes solely because of their religion/belief system. Senior officials representing the regime have explicitly stated that one of the top priorities of the regime is to target and attack all Dervishes in Iran through nationwide ethnic cleansing. Since the 19th February, 2018, over 400 Gonabadi Dervishes have been arrested and are being detained in prison under deplorable conditions.

The Police and Security Forces are continuing to use extreme brutality torture and intimidation. The Iranian Regime has made clear that they will only release the imprisoned Dervishes if they give up their beliefs and confess that they are no longer Dervishes.

Furthermore, the regime is also targeting the spiritual leader of this Gonabadi Sufi Order, Dr. Noor Ali Tabandeh, who has been placed under house arrest since 20th February, 2018. At the age of 91, Dr. Tabandeh is suffering from severe leg pains and is in need of full time assistance and medical care.

The Regime and Police Forces have created a situation of solitary confinement for Dr. Tabandeh, cutting off all forms of communication, and denying him critical medical care and assistance. If these circumstances persist, they will have a fatal impact. We call on President Rouhani to take immediate action to put an end to these injustices and violations of human rights, to stop the execution of Mr. Salas, to order a new trial to take place and to order the immediate release of Dr. Noor Ali Tabandeh from house arrest.

We call on the Iranian Judiciary to uphold Mr. Salas’ fundamental right to a fair trial, to uphold the rule of law and to ensure procedural fairness. We condemn the suppression of religious and ethnic minorities, and the persecution of Gonabadi Dervishes in Iran, and call for the immediate release of detainees who have been imprisoned because of their beliefs. We call on the Iranian regime to uphold fundamental human rights, prisoners’ rights, the right to freedom of religion, thought and conscience, and to restore Dignity, Freedom and Justice as set out in international conventions.