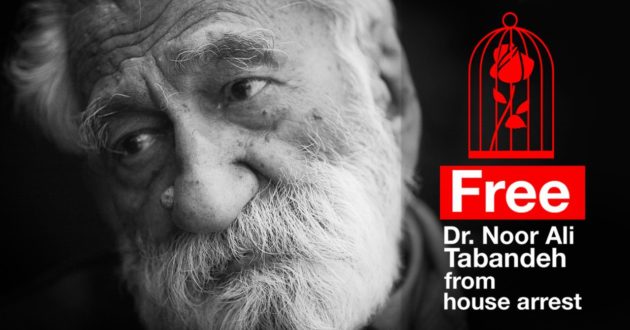 Shabtabnews – Due to the pressure exerted through the support of MEPs in Europe, who publically demanded the end of the house arrest of the Dr Tabandeh, the 91 year old spiritual leader of Gonabadi Sufis, Dr Tabandeh was yesterday allowed a short visit to see his hospitalised daughter-in-law. 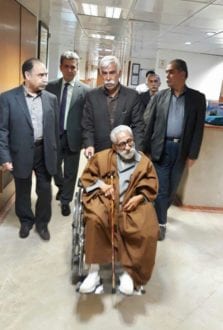 The visit which last approximately thirty minutes was in response to the pressures exerted on the Iranian government by European MEPs. However, after the hospital visit, Dr Tabandeh was promptly escorted back to his house by plain clothed Iranian security forces who have kept him under house arrest for more than two months, to resume his house arrest.
During the past two months Dr Tabandeh has been under house arrest and in a state of forced incommunicado with the outside world, and remains in poor health and is in need of constant medical supervision.
However, despite this short and temporally relief from house arrest, he still remains in a state of forced incommunicado and house arrest. Therefore, there is need to for constant political pressure on the regime in order to release this much beloved, peaceful spiritual man from house arrest. Thus, all covert schemes by the Iranian Regime to show that he is not under house arrest should be viewed with scepticism, as only through Dr Tabandeh’s personal statement one can be sure that his house arrest has been lifted.