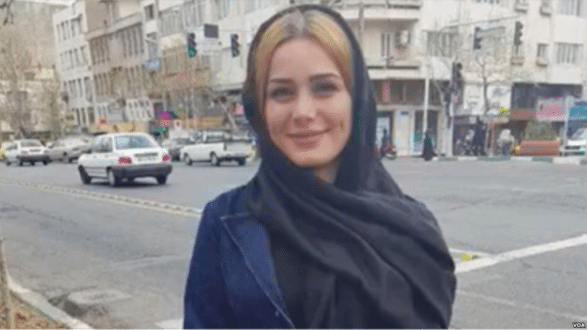 VOA – Iranian authorities have released an anti-hijab activist two days after detaining her as she attended a gathering near Tehran in tribute to the nation’s former ruler, Reza Shah Pahlavi.

A sister of Shariatmadari earlier sent Alinejad an audio message in which she said her sibling and their mother had been beaten by unknown individuals who detained them Wednesday in the southern Tehran district of Shahr Rey.

The mother and daughter had joined a public gathering in tribute to Reza Shah after authorities said construction workers may have unearthed his missing remains near a local shrine Monday. The monarch, who founded the Pahlavi dynasty and ruled from 1925 to 1941, is admired by many Iranians for helping to modernize the country.

Prominent Iranian lawyer and human rights defender Nasrin Sotoudeh, who represents Shariatmadari, identified the people who beat her client and her client’s mother as intelligence agents of the Islamic Revolutionary Guard Corps.

In comments to DW’s Farsi service published Friday, Sotoudeh said the agents freed the mother hours after the beatings, but kept Shariatmadari in detention while they seized the anti-hijab activist’s computer and other personal belongings.

Shariatmadari, who is in her early 30s, rose to prominence earlier this year for standing on a utility box on a Tehran street and waving her hijab in a February 23 protest against Iranian laws requiring women to cover their hair in public. A policeman pushed her off the box and caused her to fall and injure herself. A video of the incident went viral on social media. That protest also marked her first arrest. She was sentenced in March to one year in prison before being released on bail.

In a related development, an Iranian woman who was wrestled to the ground by “morality” policewomen last week on suspicion of not wearing her hijab properly has enlisted the help of another prominent Iranian lawyer who represents victims of alleged rights abuses. A mobile phone video of the April 18 incident in a Tehran park also went viral on social media.

In a Skype video interview on VOA Persian’s Early News program Friday, Tehran-based lawyer Mohammad Hossein Aghasi said he planned to file several complaints with the authorities on behalf of the woman, whom he described as a graduate student but declined to name. He said one complaint was in response to accusations by some Iranian officials that his client and her friends had staged or deliberately provoked the confrontation in order to tarnish the image of Iran’s morality police.

“This was not orchestrated, it was a reality — my client was beaten,” Aghasi said. “She and the friends who came to her rescue had no intention to harm the morality police’s reputation.”

Aghasi also said his client had been wearing her hijab properly and would file a complaint against the morality policewomen who accosted her. He said a third complaint would be lodged against the person who filmed and posted the video clip, an action that he said had upset his client greatly.

The sharing of the video clip prompted a social media backlash against the morality policewomen who assaulted the woman. Several women in the Iranian government also posted tweets criticizing the assault and calling for change in how authorities enforce hijab regulations.

This report was produced in collaboration with VOA’s Persian service.