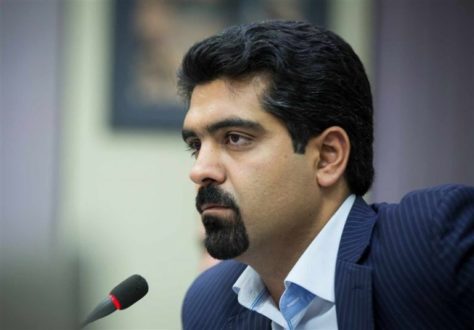 iranhumanrights – Six months have passed and the Iranian government has still not resolved the dispute over the suspension of a Yazd City Council member, Sepanta Niknam, due to his Zoroastrian faith.

“I think they want this issue to go away and be forgotten with the passage of time,” said his uncle, Kourosh Niknam—himself a former Zoroastrian member of the Iranian Parliament—in an interview with the Center for Human Rights in Iran (CHRI) on April 5, 2018.

The Guardian Council is a body of six clerics and six jurists that vets laws and elections for conformity with Islamic principles.

“The Expediency Council was supposed to come up with a permanent solution regarding Sepanta’s case more than two months ago but so far he has not received a reply and remains in limbo,” Kourosh Niknam added. “We Zoroastrians have worked hard for our homeland and we don’t expect to be treated this way.”

The southeastern Iranian city of Yazd is home to some of the world’s most revered Zoroastrian religious sites. Followers of the ancient pre-Islamic faith have lived in the region for thousands of years.

Recognized in the Constitution, the Zoroastrian population in Iran had dwindled to about 25,000 as of 2011, according to a national census.

Sepanta Niknam, 32, is the head of the Zoroastrian Association, which is based in Yazd.

In September 2017, a few months after he was re-elected to the council with more than 21,000 votes, his position was suspended by court order after Ali Asghar Bagheri, a Muslim candidate who did not win a seat in the elections, filed a complaint.

“On October 8, 2017, I requested to go on vacation and I was absent from the city council’s first meeting on October 22,” Sepanta Niknam tweeted on April 3. “The six-month legal limit for being absent from the council ends in only a few days. Is there really a will to resolve this issue? To be or not to be: what’s the problem?”

He did not indicate when the council would meet to make that decision.

According to the current Zoroastrian representative in Parliament, Esfandiar Ekhtiari, the country’s Supreme Administrative Court could also temporarily suspend the judicial ruling against Niknam until the Expediency Council makes its decision.

“This is being seriously pursued by some members the Expediency Council and I hope it will lead to resolving this case as soon as possible,” Ekhtiari told ISNA on April 4.

In a letter on behalf of the Guardian Council on April 18, 2017, its ultra-conservative chairman Ahmad Jannati wrote that religious minorities could not stand as candidates in Muslim-majority constituencies because doing so would contradict the views of the founder of the Islamic Republic, Ayatollah Ruhollah Khomeini, “and is therefore against the tenants of Sharia [Islamic law].”

The Iranian Constitution recognizes Judaism, Christianity, and Zoroastrianism as official religious minorities. But in April 2017 the Guardian Council invoked a 1979 speech by the late founder of the Islamic Republic Ayatollah Rouhollah Khomeini to justify its exclusion of minorities from running in local council elections.

Despite this, many government officials and lawmakers, including Parliament Speaker Ali Larijani, have opposed excluding religious minorities from running in Muslim-majority constituencies.