VOA — The United Nations said Thursday that Tehran is in compliance with its obligations under an international nuclear deal, but U.S. envoy Nikki Haley disputed that.

“Today’s meeting of the Security Council on the implementation of resolution 2231 is taking place against a backdrop of steady implementation, cooperation and progress,” U.N. political chief Jeffrey Feltman said in his semi-annual briefing on the subject.

The resolution was adopted in July 2015, endorsing the Joint Comprehensive Plan of Action (JCPOA) that aims to ensure Iran does not acquire nuclear weapons. The five permanent members of the Security Council plus Germany negotiated the deal with Iran.

Since implementation of the plan on Jan. 16, 2016, “the International Atomic Energy Agency [IAEA] has issued seven reports documenting continued implementation by Iran of its nuclear-related commitments,” Feltman said, referring to the U.N. nuclear watchdog agency. 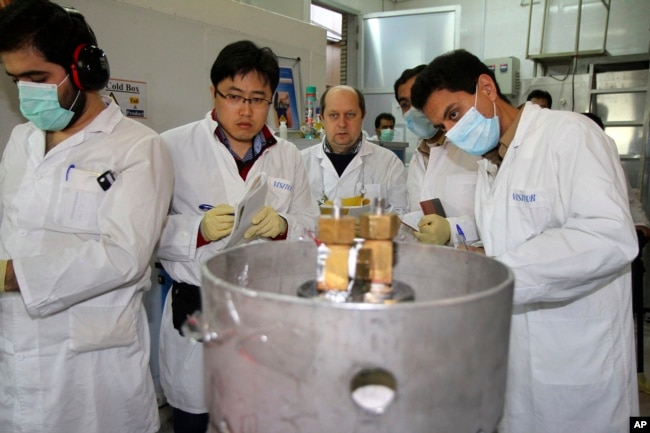 That verified compliance led last year to the Security Council lifting an array of financial sanctions on Iran that had been in place for years and the unfreezing of billions of dollars.

Feltman said there had been no reports regarding the supply, sale or transfer to Iran of nuclear-related items. However, he did note that a January ballistic-missile launch by Tehran had evoked concern from some member states. He said U.N. Secretary-General Antonio Guterres has urged Iran to avoid such launches, which have the potential to increase tensions.

He also reported that the U.N. had examined a shipment of weapons seized in March 2016 by France from an unregistered vessel in the Indian Ocean. The arms, which included 2,000 assault rifles and 64 sniper rifles, were believed to be heading to Somalia or Yemen.

“After examination of the weapons and analysis of information provided, the Secretariat is confident that the weapons seized are of Iranian origin and were shipped from Iran,” Feltman said.

U.S. Ambassador Haley said the secretariat’s report was “filled with devastating evidence of the nature of the Iranian regime.” 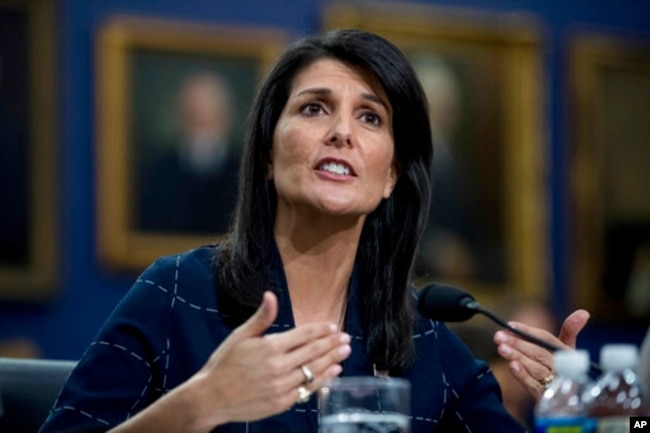 “Iran’s destructive and destabilizing role in the Middle East goes far beyond its illicit missile launches,” Haley said. “From Syria to Yemen and Iraq to Lebanon, Iran’s support for terrorist groups continues unabated.”

She said the United States would not ignore such behavior and would continue to enforce the resolution, including interdicting prohibited cargo and imposing unilateral sanctions on those who help violate resolution 2231.

During his presidential campaign, Donald Trump said the nuclear agreement was “the worst deal ever negotiated” and he would tear it up. In April, U.S. Secretary of State Rex Tillerson said the U.S. was considering pulling out of the deal because of Iran’s support for terrorism.

“The United States is now undertaking a comprehensive review of this policy,” Haley told council members. “Until that review is completed, we will comply with our JCPOA commitments and we expect Iran to do the same.”

Several other council members, as well as the representatives of the European Union and Germany — who are parties to the agreement — said the world is much safer because of the nuclear agreement and urged all parties to stay committed to it.