HRANA News Agency – The security forces attempted to beat the crowd and arrested at least 15 people and transferred them to an unknown location, on the third day of peaceful assembly by the supporters of Mohammad Ali Taheri, in front of Baghiatullah hospital in Tehran. Among the detainees, there are some ladies and a 16-year-old teenager whose mother was severely beaten when she tried to rescue her son.

According to the report of Human Rights Activists News Agency in Iran (HRANA), families, students and supporters of Mohammad Ali Taheri for a third successive day, after unconfirmed news had been released about Mr. Taheri’s “coma, because of his hunger strike and being admitted in Baqiyatallah hospital in Vanak”, gathered in front of the hospital and wanted to visit him with “flowers and sweets” in a peaceful assembly.

The rally also, like the day before, was attacked by the riot units of Tehran security police and the presence of plainclothes agents and the Iranian Revolutionary Guards of “Sarallah Headquarters”. At least 15 of the civilians, including two women and a 16-year-old teenager were arrested. Attendees, including women were violently beaten by batons and some of them were injured.

The names of some of the detainees whose identities have been authenticated by HRANA are as follows: Ehsan Latifi, Ismael Hosseini, Hamid Afshar, Jawad Tayebinia, Mehdi Valinia, Pooya Asgarizadeh, Navid Mousavi, Mohammad Sam Gholamzadeh (16 years old) and a woman named Neda Jalaei.

Sources in the location of conflict told HRANA’s reporter: “The Revolutionary Guards of Sarallah headquarters were arresting a 16-year-old teenager, then his mother was going to hinder them, but officers beat her with batons and hit her so hard on the head and face that the woman fell on the ground and her head and face were injured and wounded”.

On the second day of the peaceful rally, the riot police units of Tehran had attacked it with beating and tear gas, to disperse the demonstrators and due to the inhalation of pepper spray, a number of women and children present at the rally were poisoned and had nausea.

Mohammad Ali Taheri, founder of the “Erfan-e-Halgheh” was arrested on March 4, 2011, and was sentenced to 5 years imprisonment, 74 lashes and fined 9000 million IRR, by the Revolutionary Court on charges of “blasphemy”, “unlawful intervention in the affairs of health and medical treatments”, “committing the unlawful act and adultery”, “unauthorized use of academic titles like doctor and engineer” and “subversive books and works”.

Corruption on earth through distracting people was the other charge against Taheri.

Mr. Taheri’s sentence of his first case has ended but, by forming a new case against him and holdover of his detention order, he has been deprived of being released. 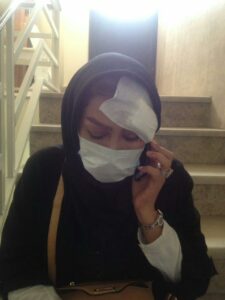 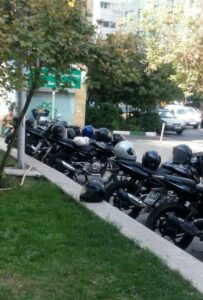 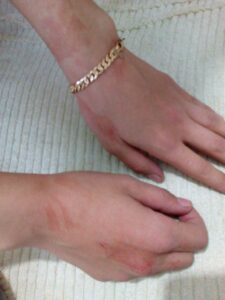 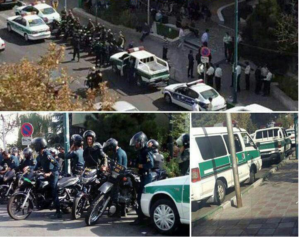