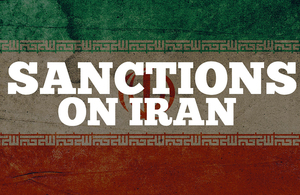 Iranwire – The European Union’s 27 foreign ministers have agreed on a new package of sanctions against the Islamic Republic of Iran for its “brutal and disproportionate” crackdown on anti-government protests.

“Ministers adopted a new package of sanctions against Iran, targeting those driving the repression,” the Swedish EU presidency said in a tweet on January 23, adding that the bloc “strongly condemns the brutal and disproportionate use of force by the Iranian authorities against peaceful protesters.”

It did not give further details.

Last week, Reuters quoted European diplomats as saying that the foreign ministers would add 37 names to the EU’s list of people and entities subject to sanctions at their meeting in Brussels.

The EU has already imposed three rounds of sanctions on Iranian officials and organizations for their role in the state crackdown on more than four months of nationwide protests and the supply of drones to Russia’s military engaged in Ukraine.

The Iranian authorities have cracked down hard on the protest movement triggered by the September death of 22-year-old Mahsa Amini in the custody of morality. Amini had been arrested for allegedly wearing a headscarf improperly.

Security forces have killed more than 500 people, including dozens of children, and detained over 18,000, human rights activists say.

Around 20 people have been handed capital punishment in connection with the protests. Four of them have been executed so far amid international outrage.

Many detainees have been handed long-term prison sentences.