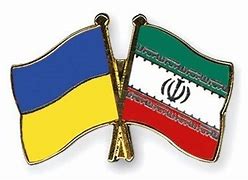 The Farda Briefing: Iran Supplying Combat Drones To Russia Because A Defeat In Ukraine Could ‘Weaken’ Tehran

RFL/RE – Iran has for the first time admitted that it sent “a small number” of drones to Russia, but it said they were supplied months before Moscow’s invasion of Ukraine in February. Kyiv and its Western allies have accused Russian forces of using Iranian-made combat drones to destroy civilian infrastructure in Ukraine in recent weeks.

Following Iran’s admission, Ukrainian President Volodymyr Zelenskiy said Tehran was lying about the number of drones it had supplied Russia. He said Ukrainian air defenses shoot down at least 10 Iranian-made drones every day. The U.S. envoy to Iran, Rob Malley, said Iran had transferred dozens of drones to Russia in recent months and deployed military personnel to help Russia use the drones.

Why It Matters: Iran’s decision to supply combat drones — and potentially ballistic missiles — to Russia is a sign of the deepening ties between Tehran and Moscow. Both countries, which have pledged to work together against the West, have been hit by international sanctions and isolation.

The move also reflects Tehran’s policy of looking to the East — turning to allies Russia and China — after then-U.S. President Donald Trump withdrew Washington from the nuclear deal between Iran and world powers and reimposed sanctions in 2018.

Ali Vaez, the director of the Iran project at the International Crisis Group, told me Tehran has concluded that Russia’s potential defeat in Ukraine would “weaken Iran.” Raz Zimmt, a research associate at Tel Aviv University, said Tehran is looking to exploit Russia’s “weakness in Ukraine in order to make their relations with Moscow more equal and beneficial toward Iran.”

He added that Tehran can also “now show that it has the ability of using its military asymmetric capabilities even outside the Middle East.”

What’s Next: Britain and the European Union have imposed sanctions on Iran for supplying Iranian-made drones to Russia that are being used in attacks on Ukraine. Tehran could face further punitive measures from the West, but it is unlikely to change course.

Henry Rome, a senior fellow at the Washington Institute for Near East Policy, told me that “Iran probably calculates that the strategic and security benefits outweigh greater opprobrium from the West.” Rome also said Iran’s decision to send drones to Russia allows Tehran to deepen its relationship with Moscow, “a country that the leadership likely considers essential to Iran’s geopolitical and security interests, especially in a world in which the [nuclear deal] is not revived.”

A new investigation by Schemes, the investigative unit of RFE/RL’s Ukrainian Service, found that the Iranian combat drones Russia is deploying in its war against Ukraine use Western components, raising questions about how Tehran obtains this technology despite sanctions. Iran’s Mohajer-6 drones contain components produced by companies from the United States and the European Union, both of which have sanctions restricting the export of such technology to Iran.

A resident of Iran’s Kurdistan region, Yahya Rahimi, was allegedly shot dead by security forces for honking his car horn in support of the ongoing anti-government protests. His father, Ahmad Rahimi, told RFE/RL’s Radio Farda that the authorities had pressured him to declare his son was a member of the Basij paramilitary forces, a branch of Iran’s powerful Islamic Revolutionary Guards Corps (IRGC), in an apparent attempt to blame his death on protesters.

Iranian lawmakers urged the judiciary on November 6 to “deal decisively” with anti-government protesters as the authorities struggle to suppress the biggest show of dissent in years. A majority of 227 lawmakers from Iran’s 290-seat, hard-line parliament made the request. The lawmakers called for the judiciary to enforce the Islamic “eye for an eye” retribution law. Separately, a judicial spokesman said sentences against “rioters” should create “regrets” and teach them a lesson.

Why It Matters: At least 300 people have been killed and several thousand arrested in the state’s violent crackdown on nationwide protests since mid-September. Yet, the protests have continued. The call by lawmakers for harsher sentences appears to be an attempt by the establishment to stoke fear and pressure protesters to end the rallies.

That’s all from me for now. Don’t forget to send me any questions, comments, or tips that you have.

If you enjoyed this briefing and don’t want to miss the next edition, subscribe here. It will be sent to your inbox every Wednesday.