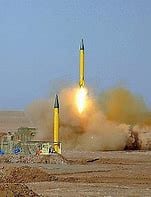 State television said the Ghaem-100 satellite carrier was launched from a desert site, without revealing an exact location.

The reports said the rocket has the capacity to place an 80-kilogram satellite into orbit 500 kilometers above the Earth.

The U.S. is fearful Iran could use the rocket technology to launch nuclear warheads, something Iran has consistently denied that it would do.

Reuters reports that in an emailed response to the Iranian announcement, a spokesperson for the U.S. State Department said: “Such actions are unhelpful and destabilizing.”

“SLVs incorporate technologies that are virtually identical to, and interchangeable with, those used in ballistic missiles, including longer-range systems.”

Some information for this report came from Reuters.