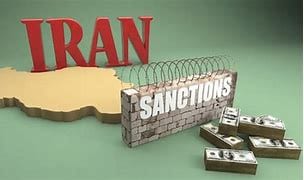 VOA – The U.S. Department of Commerce Monday cited a fourth Iranian cargo plane for flying into Russia, adding it to a list of planes believed to be in violation of U.S. sanctions against Russia.

The U.S. Department of Commerce said in a statement that the cargo plane belongs to Saha Airlines, which is owned by the Iranian Air Force. On Sept. 19, the department added three other Iranian cargo planes to a list of those in apparent violation of U.S. export controls, Reuters reported.

The fourth cargo plane flew to Russia without permission from the Department of Commerce, its statement said.

“Last Monday, we announced that three Iranian cargo planes have been backfilling items to Russia in an attempt to circumvent our hard-hitting export controls,” Matthew Axelrod, assistant secretary of commerce for export enforcement, said in a statement. “Today, we’ve identified a fourth Iranian cargo plane that has flown to Russia in violation of our controls, this one under the control of the Iranian Air Force. Given Iran’s support for Russia’s war machine, including the recent provisioning of unmanned aerial vehicles, we are alerting the global aviation community that support for such aircraft violates our controls and is subject to enforcement action.”

According to reports, Iran has sent hundreds of drones to help Russia in its war with Ukraine. Iranian authorities have officially denied these reports.

But the Kayhan newspaper, which is close to the leader of the Islamic Republic, confirmed Saturday that “hundreds of Iranian combat drones” have been exported to Russia.

Some information for this article came from Reuters.