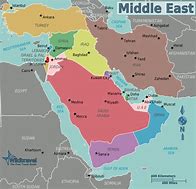 Iran appeals for restraint from Armenia and Azerbaijan

Al-Arabia – Iran appealed for restraint from neighboring Armenia and Azerbaijan Tuesday after the deadliest flare-up in fighting between the Caucasus foes since a six-week war ended nearly two years ago.

Iran “calls for restraint and the peaceful resolution of disputes between the two countries, and expresses its concern over the escalation of tensions,” foreign ministry spokesman Nasser Kanani said in a statement.

Armenia said Tuesday that at least 49 of its troops were killed in clashes with Azerbaijan and appealed to world leaders for help, saying that Azerbaijani forces were trying to advance onto its territory.

Azerbaijan’s defense ministry said the clashes took the lives of some of its troops, without giving the number. It said its forces were responding to Armenian provocation.

The neighbors fought two wars – in the 1990s and in 2020 – over Nagorno-Karabakh, an Armenian-populated enclave of Azerbaijan.

Six weeks of fighting in the autumn of 2020 claimed more than 6,500 lives and ended with a Russian-brokered ceasefire.

Under the deal, Armenia ceded swaths of territory it had controlled since the 1990s and Moscow deployed about 2,000 Russian peacekeepers to oversee the fragile truce.

Iran borders both Armenia and Azerbaijan, including areas that were fought over in 2020. It reported two casualties from stray fire across the frontier during the conflict.