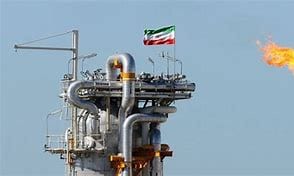 Al-Arabia – Iran has capacity to double oil exports if there’s sufficient demand, a top official said, even as a deal on the country’s nuclear program that could pave the way for the lifting of sanctions remain elusive.

While Iran doesn’t publish figures for oil production or exports, analysts estimate that it sells as much as 1 million barrels per day. The government’s budget plan forecasts daily sales of 1.4 million barrels for the year through March 2023.

Iranian crude exports were dealt a blow after former US President Donald Trump abandoned the Iran nuclear deal in 2018 that curbed the country’s atomic activities in exchange for economic relief, including its critical oil sales.

Talks this week between the European Union and Iran on attempts to revive the deal went better than expected, according to the bloc’s foreign policy chief.

Separately, Khojastehmehr said NIOC will sign an agreement with banks and local production companies “in the next few months” to develop the second phase of the Azadegan oil field’s northern and southern sections to boost output in a $7.5-billion project.

Azadegan is the largest field that Iran shares with neighboring Iraq, holding an estimated 32 billion barrels of oil.