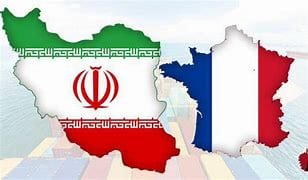 RFL/RE – French President Emmanuel Macron has called on his Iranian counterpart, Ebrahim Raisi, to engage in a “constructive manner” in ongoing international negotiations in Vienna to revive the 2015 nuclear agreement between Iran and world powers.

In telephone talks on November 29, Macron told Raisi that Paris’s objective is “to see Iran return to full respect for all of its commitments” under the accord and that “the United States return to the agreement,” according to the French presidency.

Raisi’s office quoted the Iranian president as saying that “sending a full team to the talks shows Iran’s serious will” in the negotiations in the Austrian capital.

The nuclear pact, known as the Joint Comprehensive Plan of Action (JCPOA), has put strict limits on Iran’s nuclear program in return for sanctions relief.

But it has been in tatters since the United States walked out in 2018 and reinstated crippling U.S. sanctions despite Iran’s compliance, prompting Tehran to gradually breach limits imposed by the deal.

Negotiations to put the landmark agreement back on track restarted in Vienna on November 29 after a five-month hiatus, following the election of hard-liner Raisi to the Iranian presidency, amid growing Western concerns over Iran’s nuclear advances in its uranium enrichment program, which is a possible pathway to a nuclear bomb.

After the first session of discussions in Vienna on November 29, EU envoy Enrique Mora, who is chairing the talks, told reporters there was “a sense of urgency in bringing the JCPOA back to life” and added that he felt “extremely positive.”

However, a quick breakthrough in the Vienna talks was not expected. U.S. President Joe Biden has pledged to rejoin the deal that was abandoned by his predecessor, Donald Trump, if Iran returns to full compliance, but Tehran wants Washington to make the first move.

Macron called on Raisi to return to fulfilling his country’s commitments and obligations under the 2015 deal “without delay” and “quickly resume cooperation that allows the [UN atomic] agency to fully carry out its mission” to monitor Iran’s nuclear program, his office said.

Raisi’s office quoted him as urging the French president “to strive with other parties in Vienna to conclude the negotiations and lift the sanctions against Iran.” He was referring to the United States.

As the talks restarted, Washington urged Iran to rejoin the deal, hinting at a tougher U.S. position otherwise.

“If Iran chooses — and it really is at this point, I think, an Iranian choice — if they choose not to go back into the deal, then obviously, we’re going to have to see other efforts, diplomatic and otherwise, to try to address Iran’s nuclear ambitions,” U.S. chief negotiator Robert Malley said.

The talks were put on hold in June after Raisi’s election as president.

With reporting by AFP