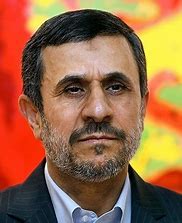 Iranwire – Mahmoud Ahmadinejad, who had travelled to Dubai to attend the Expo 2020, has had to cancel his trip early and return to Tehran on the advice of Emirati officials.

The ex-Iranian president posted a video on his Telegram channel on Sunday, October 17 announcing his arrival and saying he had extended his trip from three to five days.

But the popular “Terror Alarm” Twitter account then posted images appearing to show Ahmadinejad at the Israeli pavilion at the World Expo.

The pictures, now deleted, sparked online debate as to their veracity. During his tenure as president Ahmadinejad made repeated anti-Israel remarks and denied the Holocaust. Both his Telegram channel and the Ahmadinejad-affiliated Dolat-e Bahar news website categorically denied the claim.

During Ahmadinejad’s visit to Dubai, numerous pictures of him in the company of women without hijab were also posted online. His wife also accompanied him on the trip.