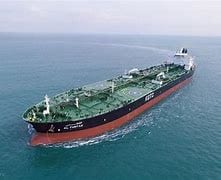 Two reported dead in attack on Israeli-operated ship near Oman

Al-Monitor – A ship linked to a prominent Israeli tycoon reportedly was targeted off the coast of Oman in an attack that killed two crew members, the company that manages the vessel said Friday.

Zodiac Maritime said in a statement that a “suspected piracy incident” had targeted the Japanese-owned, Liberian-flagged oil tanker M/T Mercer Street, which was traveling to the United Arab Emirates from Tanzania.

“At the time of the incident the vessel was in the northern Indian Ocean, traveling from Dar es Salaam to Fujairah with no cargo onboard,” said the UK-based company owned by Israeli billionaire businessman Eyal Ofer.

Zodiac Maritime said the “incident” killed a Romanian national and a British national, and it was “not aware of harm to any other personnel.” It did not elaborate on the nature of the attack.

The United Kingdom Maritime Trade Operations said in a statement Thursday it is investigating the attack, which it said occurred about 152 nautical miles (280 kilometers) northeast of the Omani island of Masirah.

Israel’s Channel 13 news cited an unnamed Israeli government official who said Mercer Street had been targeted by an Iranian drone. The official said the Romanian who died was the ship’s captain and the British crew member was a security guard.

“This is an Iranian terror attack that killed two innocent men, harming international shipping,” the official said, according to The Times of Israel.

Later on Friday, Zodiac Maritime said Mercer Street was “sailing under the control of her crew and under her own power at 14 knots to a safe location with a US naval escort.”

In early July, a ship previously owned by Ofer’s Zodiac Maritime was also targeted in the northern Indian Ocean. An Israeli official said an Iranian drone or naval commandos were behind the attack, which reportedly caused a fire on board the ship.

The maritime attacks blamed on Iran come amid growing concerns in the West over Tehran’s nuclear activities and stalled efforts to salvage the 2015 nuclear deal, known as the Joint Comprehensive Plan of Action. The sixth round of talks in Vienna ended in June without a deal, and no date has been set for the next meeting of Iranian and international negotiators.