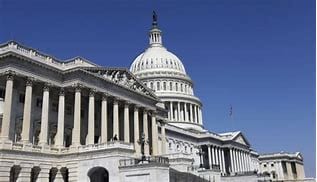 barrons.com – Stalled efforts to revive the 2015 Iran nuclear deal must address the “changed circumstances” since the accord was negotiated, a US senator from President Joe Biden’s Democratic party told AFP.

“There is a strong, almost universal desire by Congress… to go beyond the sunset dates that were included in the JCPOA,” said Senator Ben Cardin, referring to dates in the deal beyond which certain restrictions on Iran’s nuclear activity will no longer apply.

The 2015 deal delivered relief from UN and Western sanctions for Iran in return for strict curbs on the country’s nuclear programme.

However, it has been slowly disintegrating since former US President Donald Trump withdrew from it in 2018 and re-imposed sanctions on Iran.

That prompted Tehran to disregard several of the deal’s limits on its nuclear activities.

The talks in Vienna to revive the deal have made little progress in recent weeks, and Iran’s latest breach was reported by the International Atomic Energy Agency (IAEA) on Tuesday.

Iran was intending to produce uranium metal enriched to 20 percent, it said, prompting the United States to respond by warning Iran to stop what it called its nuclear “brinksmanship”.

“Today is different than 2015, when these agreements were negotiated,” said Cardin, a member of the Senate’s Committee on Foreign Relations.

“Circumstances have changed and they require us to respond to where we are today.”

The process of reviving the JCPOA had to address “issues beyond just nuclear”, he argued — including Iran’s alleged activities in the fields of “ballistic missiles, terrorism and human rights”.

While not saying that these issues had to be in the text of any revived agreement, Cardin added that the US and its allies needed “to have a pathway towards resolving Iran’s activities”.

Iran has rejected any suggestion that the JCPOA could be changed during the talks, insisting instead on a US return to the existing accord.

Cardin was in Vienna as part of a US congressional delegation for a programme that included a briefing from IAEA Director General Rafael Grossi.

In a statement sent to AFP after the meeting, Cardin said Grossi had given the delegation “a comprehensive report on the challenges of monitoring Iran’s nuclear program” and that they had “a candid discussion about the status of negotiations”.

In late February, Iran limited the IAEA’s access to nuclear sites and a temporary agreement on the issue of inspections has since expired, with no indication of if and when it will be renewed.

Also part of the delegation was Republican Senator Roger Wicker.

He told AFP he had “voiced opposition” to a possible return to the JCPOA and that “virtually” all his Republican colleagues in the Senate had “a high degree of scepticism” that Iran intended to keep to any nuclear-related commitments.

The delegation is in Europe for a series of engagements including participating in the Parliamentary Assembly of the OSCE, which has its headquarters in Vienna.

jsk/jjThe Barron’s news department was not involved in the creation of the content above. This story was produced by AFP. For more information go to AFP.com.
© Agence France-Presse