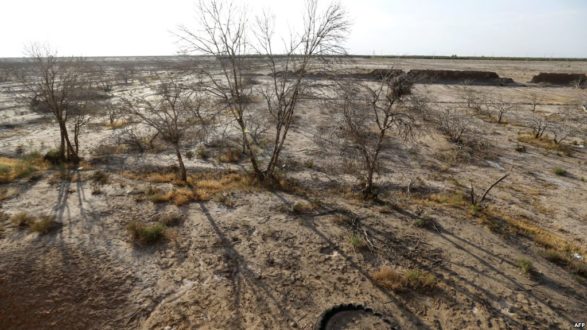 Iranwire – In the next 20 years some Iranian cities might no longer be fit for human habitation because of drought and water shortages, warned Ahad Vazifeh, head of the National Center for Drought and Crisis Management at the Iran Meteorological Organization.

In the past 12 months rainfall in Iran has 55 percent of the norm what it should have been, Vazifeh said in an interview with Khabar Online.

He added that rainfall in some provinces has been so low as to be unprecedented in the past 50 years – including the province of Hormozgan, where just 20mm of rain has fallen compared to a usual year-round average of 141mm.

“We must be frank with ourselves and accept that Iran is now beset by low rainfall and drought,” Vazifeh said. He also warned that certain agricultural products with a long history of being grown in certain parts of the country could soon become a thing of the past.

The interview also highlighted the issue of  “water wars” in some parts of Iran, including Isfahan. Conflict breaks out in areas where there is not enough water to go around, Vazifeh said, and farmers’ livelihoods are in jeopardy.

He warned that provinces such as Qom, Markazi, Sistan and Baluchistan, Hormozgan, Kerman and Fars were also under threat and it was not clear whether in 20 years’ time, the level of water salinity in these areas would be low enough for farming to take place at all.