VOA – The 2015 Iran nuclear deal was hailed by its signatories at the time as a triumph of global diplomacy. The elation was short-lived.

With a new administration in the White House, U.S. allies in Europe are hoping that the escalating crisis can be stopped in its tracks and that both sides can be tempted to return to the negotiating table.

U.S. President Joe Biden has indicated his willingness to rejoin the nuclear deal, known as the Joint Comprehensive Plan of Action (JCPOA), if Tehran halts uranium enrichment and returns to its obligations under the agreement.

“President Biden has been very clear in saying that if Iran comes back into full compliance with its obligations under the JCPOA, the United States would do the same thing,” U.S. Secretary of State Antony Blinken told reporters on January 27. “And then, we would use that as a platform to build with our allies and partners what we called a longer and stronger agreement and to deal with a number of other issues that are deeply problematic in the relationship with Iran.”

Blinken said that point remains a long way off.

“Iran is out of compliance on a number of fronts, and it would take some time should it make the decision to do so for it to come back into compliance and time for us then to assess whether it was meeting its obligations. So, we’re not there yet, to say the least,” he said.

Iran’s Foreign Minister Mohammad Javad Zarif suggested Monday that an EU official could “choreograph” moves between the United States and Iran to help the two countries overcome their impasse.

Zarif’s comments to CNN International were a shift in his previous position in which he said the United States should remove U.S. sanctions before Iran returned to the deal.

Each government has said it wants the other to come back into compliance with the nuclear deal first.

“There can clearly be a mechanism to either synchronize it or coordinate what can be done,” he said, when asked how to bridge the gap between the United States and Iran.

On Thursday, Iran announced it had produced 17 kilograms of 20% enriched uranium — a short step away from weapons-grade 90% uranium enrichment, and in clear breach of the JCPOA.

Tehran said the U.S. withdrawal from the JCPOA severely damaged trust in the West and is demanding that the United States eliminate sanctions imposed under Trump.

“As soon as they practically fulfill their commitments, [Iran will do as well], which means removal of the entire sanctions,” Iranian Parliament speaker Mohammad Bagher Qalibaf told lawmakers January 28.

There is hope on all sides that the nuclear deal can be saved, said Julie Norman, a Middle East security analyst at University College London.

“Both of the major parties are at least vocally, rhetorically, suggesting that they’re willing to come back to this agreement, but each kind of wanting the other side to make the first move,” she said.

Critics argue that the Biden administration should not consider a return to the deal.

“And more importantly, Iran is in gross violation of that deal. Iran is hoping to weaponize time by adding more capability to its nuclear program, recreating more facts on the ground and trying to push the Biden administration to as speedily as possible return to the deal or return to offering some kind of sanctions relief.”

Allies in Europe are pushing for the United States to rejoin. Fellow signatories China and Russia also support the deal.

“In Europe, there’s an enormous hope that the JCPOA can be resurrected,” said Erica Moret of the Global Governance Center at the Graduate Institute of Geneva.

“First of all, in terms of commitment, global commitment to multilateralism or global governance. And secondly, the fact that there is now a really important window within which there is a stronger chance of resuming the deal,” said Moret, who also chairs the Geneva International Sanctions Network.

Trump accused Iran of developing an illegal ballistic missile program and supporting terrorism in the region. He imposed new sanctions on vast swaths of Iran’s economy, part of what Trump termed a “maximum pressure” campaign.

The sanctions simply do not work, said Moret. “Those kinds of measures that affect an entire population can only be counterproductive and don’t help a government like the United States reach its stated policy objectives.”

Behnam Ben Taleblu, a senior fellow at FDD, argues the sanctions were effective.

“When it comes to maximum pressure, a policy that is largely but not exclusively economic, it has done more damage to the Iranian economy unilaterally and in record time, when compared to a decade-plus of multilateral measures against the Islamic Republic. Maximum pressure simply didn’t have enough time to work,” he said.

The political calculations in Tehran and Washington are further complicated by Iran’s presidential election, scheduled for June 18. Incumbent Hassan Rouhani is under pressure from hard-liners to abandon the nuclear deal altogether. Many Iranians feel the agreement failed to deliver economic benefits, said Norman.

“So, there’s some urgency on Rouhani’s side to get this process moving relatively quickly,” Norman said, adding that the future of the JCPOA largely depends on whether either side is willing to make the first move. Iran has said its nuclear program is for peaceful purposes. 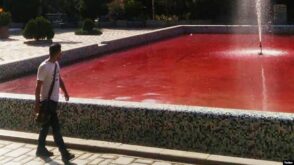