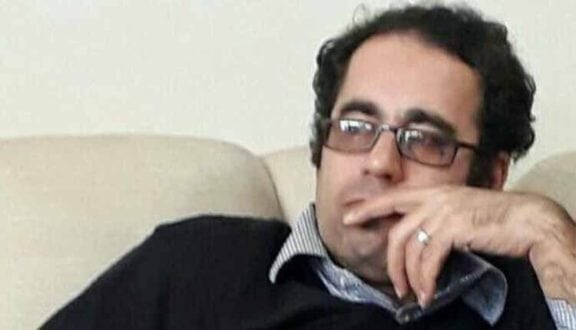 Iran-HRM – Activist teacher Mohammad Habibi is deprived of going on prison leave despite having served one-third of his sentence. Mr. Habibi is presently detained in ward 2 of the Great Tehran Penitentiary (GTP).

In 2018, the Revolutionary Court of Tehran sentenced him to 10.5 years in prison and 74 lashes. As a supplementary punishment, he is also banned from any social activities for two years.

The Revision Court of Tehran Province upheld this sentence. According to Article 134 of the Islamic Punishment Law, the maximum punishment carried out against him would be 7.5 years.

Activist teacher Mohammad Habibi has already served 30 months in jail but is deprived of prison leave. Mr. Habibi has a bone tumor in his left arm and needs to receive medical treatment. However, he had not been examined, yet.

Activist teacher Mohammad Habibi and a number of other activists and participants were arrested during a protest gathering of teachers on May 10, 2018. Security forces transferred him to the Great Tehran Penitentiary.

Later on, Branch 26 of the Revolutionary Court of Tehran sentenced him to 7.5 years in prison for “assembly and collusion for committing crime against national security.” He was also sentenced to 18 months in prison for “disseminating propaganda against the state” and to another 18 months and 74 lashes for “disrupting public order.” He was also banned from participating in the activities of social and political groups and parties, and also from leaving the country as a supplementary punishment.

Branch 36 of the Revision Court of Tehran Province upheld the above verdict in January 2019.

The Revision Court also upheld another verdict to expel Mohammad Habibi from his job. On April 20, 2020, Mr. Habibi’s lawyer was informed of this decision. The Ministry of Education ordered for the expulsion of this teacher two years past his imprisonment